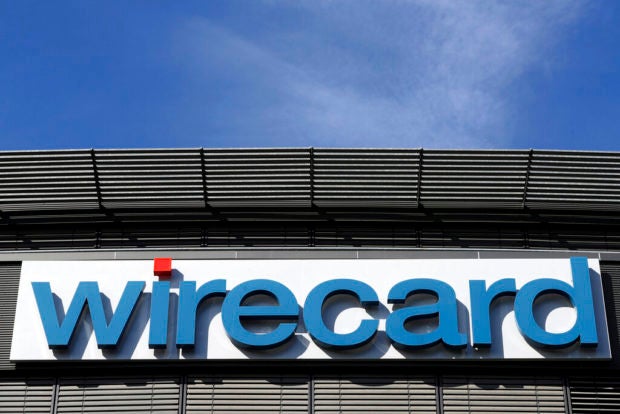 FILE – In this Thursday, April 25, 2019 file photo the logo of financial services company wirecard is pictured at the headquarters in Munich, Germany. Shares in German payment service provider Wirecard AG plunged Thursday as the company announced it was postponing its delayed annual report yet again. (AP Photo/Matthias Schrader, file)

FRANKFURT, Germany  — The chief executive of German payment service provider Wirecard AG resigned on Friday after the company disclosed that auditors could not find 1.9 billion euros ($2.1 billion) in cash, adding to the accounting woes of a firm once regarded as a star of the growing financial technology sector.

Wirecard said in a brief statement that Markus Braun resigned “in mutual consent” with the company’s supervisory board, effective immediately. James Freis, who was appointed to the management board on Thursday, was named as interim CEO.

Braun said in a video online that auditors appeared to have been given spurious documentation about the accounts that were supposed to hold the missing money. He added that “it cannot be ruled out” that Wirecard was the victim of fraud “of considerable proportions.”

The company’s shares fell 26% on Friday to 29.30 euros. They have fallen 84% from their peak in August 2018 after the company became the subject of multiple Financial Times reports about accounting irregularities. Wirecard disputed the reports, which started in February 2019, and said it was the victim of speculators.

The company’s accounting troubles continued as it postponed its earnings release, and top investors called for Braun’s dismissal and an outside manager to come in and clean house.

The company was once considered a star of Germany’s tech sector; its market value at one point exceeded that of Deutsche Bank. Wirecard pushed Germany’s No. 2 bank, Commerzbank, out of the country’s DAX 30 index of blue chips.

The company had rapidly expanded outside Germany, building an Asia-Pacific business and entering the North American market by buying Citigroup’s prepaid card services business in 2016.

Wirecard’s share price nosedived on Thursday after the Munich-based company said it was informed the accounts could not be located and that the auditors could not sign off on the company’s books without further audit procedures.

Two Philippine banks that were supposed to hold the money in escrow accounts were reported by news media as saying that they had no dealings with Wirecard.