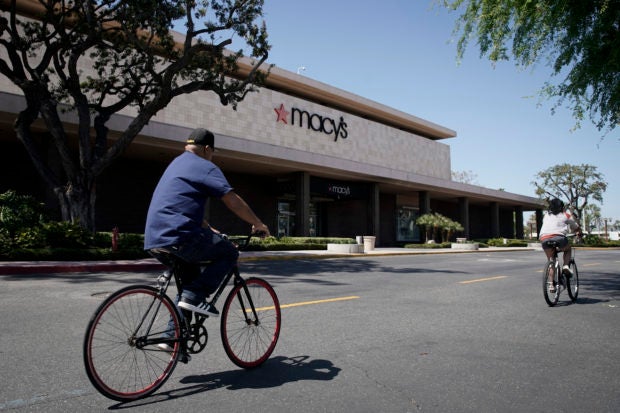 BALTIMORE — U.S. retail sales likely recovered somewhat in May as the economy increasingly reopened from shutdowns caused by the coronavirus and more shoppers felt confident enough to spend.

The Commerce Department is expected to report Tuesday that retail purchases climbed 9% from April to May, according to economists surveyed by the data provider FactSet. This would mark a partial comeback after a 16.4% month-to-month plunge in April, the worst such drop on records going back to 1992, and an 8.3% drop in March.

Still, the recession caused by the pandemic continues to depress overall retail spending. It has also hastened a reshaping of how and where Americans shop. Consumers have increasingly shifted away from physical stores and toward online shopping, and fewer malls and small retailers will likely survive.

Though some major chains like Macy’s and American Eagle have already reported solid bounce-backs in sales, many local retailers and restaurants are struggling.