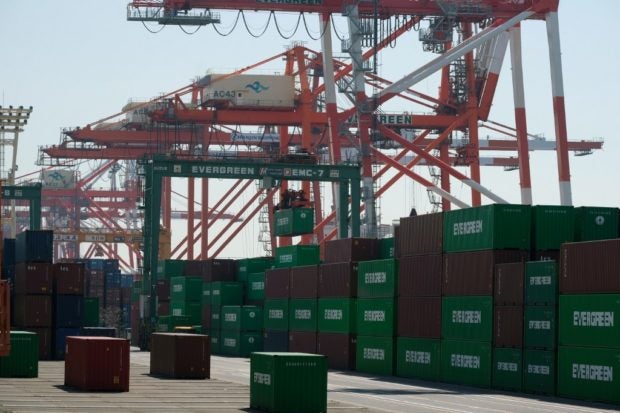 TOKYO — Japan has ratified updates to its comprehensive economic partnership deal with the 10-nation Asean bloc, with the changes to enter into force on Aug 1, Japan’s Ministry of Foreign Affairs (Mofa) said in a statement on Tuesday (June 16).

These amendments are the first since the pact was enacted on Dec 1, 2008, becoming Japan’s first multilateral trade deal. It had focused on eliminating tariffs on goods.

The 106-page updated agreement, known as the First Protocol, adds provisions that cover the cross-border trade in services and investment between Japan and Asean.

It also includes rules and liberalization commitments from Asean member states which have not been included in bilateral trade deals concluded between Japan and each Asean member state, the Mofa statement said.

The updated document will first apply to Japan and the four Asean countries that have ratified the changes – Thailand, Singapore, Laos and Myanmar.

This dovetails with Prime Minister Shinzo Abe’s call for domestic Japanese companies to divest their supply chains and reduce their manufacturing dependence on China, after the coronavirus pandemic shuttered factories and severed production lines.

In doing so, he urged firms not to put all their eggs in the Chinese basket, but to relocate back home and to increase their presence in Asean, earmarking about 240 billion yen (S$3.1 billion) to help them do so.

The First Protocol states that the changes indicate a joint desire to “further enhance the competitiveness of Japan and Asean member states by using the Asean-Japan comprehensive economic partnership agreement as the main vehicle”.

Japan’s Mofa pointed out that this will be the country’s first trade deal covering trade in services and the movement of service industry workers with Cambodia, Laos and Myanmar.

“It is expected that the Protocol will promote further trade and investment between Japan and the fast-developing Asean (region), and strengthen the Japan-Asean cooperative relationship,” it added, with countries having to maintain transparency in service trade regulations and treat foreign investors fairly.

The revised deal, which was signed last year, will apply to the other six Asean nations in the second month after they complete their respective domestic procedures.

Japan exported 12.6 trillion yen worth of goods to Asean in 2018, while imports from the bloc stood at 12.4 trillion yen, Finance Ministry data show.

While the group had aimed to sign the pact this year, Japanese government sources have said it might be politically difficult to complete talks for what would be the world’s biggest free trade deal within the year, given that economies in the region are suffering from the Covid-19 pandemic fallout.