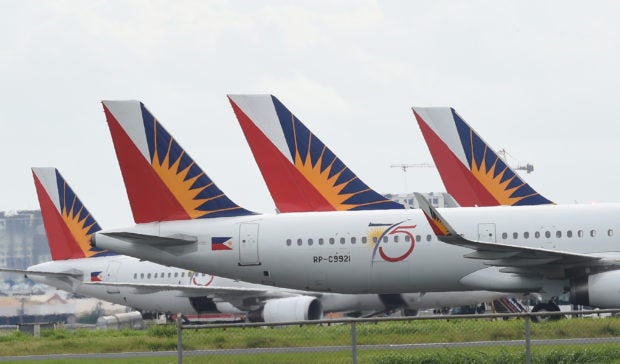 Business rivalry never stops, even during a pandemic.

United Airlines requested the US Department of Transportation to put a PAL-American Airlines joint codeshare application on hold until the Philippine government grants it more slots in Manila’s Ninoy Aquino International Airport (Naia).

“United urges the Department to defer action on the American/PAL application until United’s access issues in Manila have been resolved,” United Airlines said in a March 26 letter to the US regulator seen by the Inquirer.

United Airlines, among the “big three” US carriers alongside American Airlines and Delta Air Lines, has long accused the Philippine government of behaving unfairly by denying its requests for more slots in Naia, where it operates flights to the US territory of Guam.

A government aviation official, who requested anonymity, said slots were unavailable since congestion was a worsening problem in the Philippine gateway before the new coronavirus disease devastated the global air travel industry this year.

The move challenges PAL’s latest effort to expand in the United States, a historically bankable market, once demand for flights recovers.

A codeshare allows an airline to sell tickets to a flight operated by the partner airline. This allows airlines to expand their reach to destinations they do not directly serve.

Under its proposed agreement with American Airlines, PAL is planning to expand its US reach to Atlanta, Denver, Houston, Las Vegas, Miami, New Orleans, Orlando and Washington D.C. via PAL’s Los Angeles hub.

American Airlines will also gain a foothold in the Philippine market through PAL’s flights between Manila-Honolulu, Manila-Guam, Manila-Tokyo and Cebu-Tokyo.

United Airlines has similarly blocked PAL’s bid to mount direct flights between Manila and Seattle. Last November, it also objected to a codeshare deal between PAL and PAL Expressway for flights to Guam.

PAL is the only domestic carrier with flights to the US mainland. Apart from Honolulu and Los Angeles, PAL also flies to San Francisco and New York.