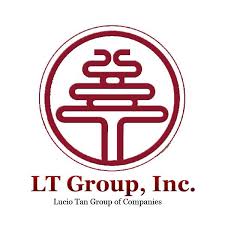 Earnings from the banking, beer and hard liquor busine­­sses faltered, while the real estate business gained, LTG disclosed to the Philippine Stock Exchange on Friday.

The higher income was attributed to the higher share of premium Marlboro cigarettes as well as the price increases implemented in late August 2019. Sales volume declined by 9 percent year-on-year in the first quarter following the imposition of higher taxes this year.

Republic Act No. 11346 increased by P10 per pack the excise tax on tobacco beginning Jan. 1 this year, bringing the total levy to P45 per pack. The tax will increase further by P5 per pack annually from 2021 to 2023, then increase by 5 percent annually thereafter.

“LTG is not against tax increases, but believes that the hikes should be moderate. Continual price increases to pass on higher excise taxes may result in further volume drops,” the company said.

The industry is estimated to have declined further by 9 percent in the first quarter of 2020, also partly due to the enhanced community quarantine implemented in Luzon starting March 17 and in other select cities thereafter.

During the first quarter, 24 enforcement actions resulted in 110 machines seized from illegal factories. These 110 machines formed 20 lines, with each line estimated to produce as much as three million sticks per day.

The tobacco business accounted for 80 percent of LTG’s attributable income, while Philippine National Bank (PNB) accounted for 12 percent. Tanduay Distillers Inc. and Eton Properties Philippines had a share of 3 percent each while Asia Bre­wery Inc. and the 30.9-percent stake in Victorias Milling Company Inc. contributed 1 percent.

PNB’s net income under the pooling method was P1.37 billion for the quarter, down by 30 percent year-on-year, due to the P3.36 billion provisions for credit losses.

Tanduay’s net profit for the period fell by 15 percent year-on-year to P199 million, due to lower margins from higher alcohol costs.

Eton’s net income for the first quarter amounted to P169 million, 13 percent higher year-on-year, due to the increase in rental income and the improvement in the gross profit margin of real estate sales. —DORIS DUMLAO-ABADILLA