‘Stock investing should be fun, not a battle’ 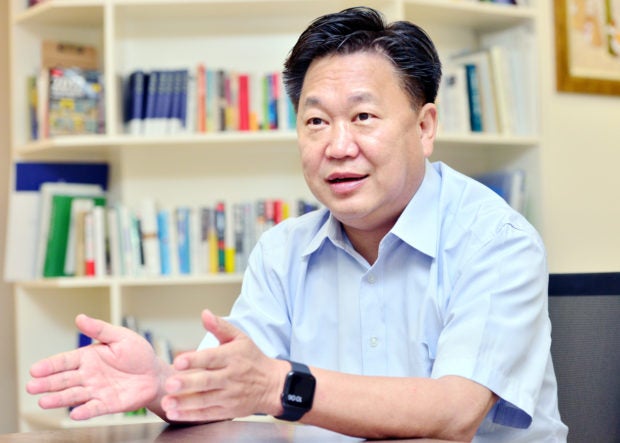 SEOUL — What surprised John Lee, a former Wall Street fund manager who returned home six years ago, was the widespread perception among South Korean retail investors that real estate is a much safer option for investments than stocks, which they considered too risky.

Six years on, things have changed, particularly in recent months with a massive inflow of retail investors to the local stock market, said Lee, now CEO of Seoul-based Meritz Asset Management. “They have learned lessons,” he said in an interview with The Korea Herald, adding that such an increase in retail participation in tandem with the Korean stock market rebound is a welcome move.

During the crisis, retail stock investors here have largely remained relatively unperturbed during high volatility in the past few months, as they net purchased 25.17 trillion won ($20.86 billion) worth stocks on the Kospi and Kosdaq bourses from March until Wednesday.

“A market rebound is inevitable after a major crisis in a healthy stock market. The Asian financial crisis in 1997 was one, and the global financial crisis in 2008 was another. Then they saw volatile sessions in the wake of the COVID-19 outbreak. They took this as an opportunity to buy cheaper stocks. Bargain hunting in stock markets comes only when listed companies have decent fundamentals.”

The 62-year-old investment guru is considered one of the leading advocates of financial literacy among retail investors in his country of birth, especially in the wake of the coronavirus crisis impact on the financial market.

Lee, who built his career at Wall Street over 35 years, led Korea-focused public equity funds such as the “Korea Fund” — with a whopping 1,600 percent cumulative returns for 15 years — and “Hankang Restructuring Fund.”

Managing the Korea-focused funds at Scudder, Stevens and Clark — later acquired by Deutsche Asset Management — and Lazard Asset Management in the US, Lee recounted that he was astonished by the lack of financial literacy among individual investors when he first came to Korea.

“I have sought to improve public sentiments on stock investing by spreading the equity culture here,” Lee said. “Stocks are not what people should be afraid of. They are just there to buy. It is about enhancing financial literacy. That’s what I’ve done over the past six years.”

But the increased capital inflow by retail investors itself does not necessarily translate into better returns, he added. It is rather the other way around, as better returns depend on the growth potential of listed firms.

“In the long run, an environment brimming with new opportunities to invest in must be created,” he said. “It’s not a matter of whether investors flow in or out of, the stock market.”

What really makes a good equity culture here is a fundamental shift, he added, calling for enhanced financial education of the public to encourage younger Koreans to learn the basics of stock investing skills and to venture into entrepreneurship. In that regard, the government’s role is crucial.

“Let’s say you are a shop owner, and you will ask yourself how you would bring more customers. But it is a wrong question. It is not a matter of bringing customers in. When you sell good products, customers will line up to buy them eventually,” he said.

“Policymakers should create an ecosystem to offer investors good equities to buy. And the key for that is education.”

This year, the fund manager earned quasi-celebrity status in Korea.

His YouTube channel marked 176,000 subscribers as of Thursday, as he has been frequently making media appearances on the site and TV, including variety show “You Quiz on the Block.” His latest piece of work, loosely translated “John Lee’s Habits to Build Wealth,” a beginner-friendly personal finance book published in January, is a bestseller in Korea since March, reflecting the growing interest in portfolio investment rather than real estate.

Buoyed by the momentum, Lee has sought to deliver one simple message: An individual’s pursuit of financial freedom must come through stock investing, and it must be long-term and based on the fundamentals of companies.

While any future fluctuations in stock prices might panic less-experienced individual investors, they will likely become more used to enduring challenging times as long as “equity culture” becomes more deeply rooted here, supported by the notion of “being an owner of a company and treating it like a life partner.”

To do so, Korean investors should change the way they think of stock investing, Lee stressed.

“Investing should be fun, but Koreans often describe stock investing as a battle to win over other investors,” he said.

“Investing does not mean it an arms race. It should be a win-win situation, as long as investors stay for the long term.”

Meritz Asset Management oversees some 3.92 trillion won in assets as of Tuesday, focusing on stocks, derivatives and special assets. It is a wholly owned investment arm of Seoul-based Meritz Financial Group.