Singapore will not return to pre-COVID 19 world, must chart a new path now, says minister 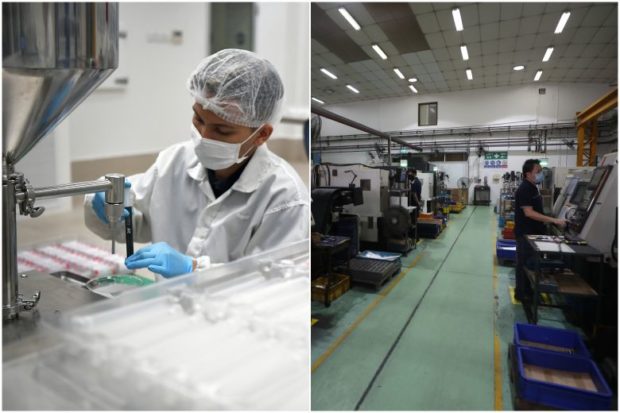 Firms with good opportunities in areas such as biopharma, supply chains and precision engineering will be given a boost. The Straits Times/Asia News Network

SINGAPORE — Singapore will not return to a pre-Covid 19 world, and must chart a new path by building a new economy now, said Trade and Industry Minister Chan Chun Sing.

At a press conference on Tuesday (Aug 11) where it was announced that Singapore’s economy contracted 6.7 percent in the first half of this year and is expected to shrink by between 5 and 7 percent this year, Mr Chan said the “painful truth” is that the country will not return to a pre-Covid 19 world.

He said that recurring waves of infection and disruption mean that recovery will take time. “Recovery will be uneven across sectors. Some sectors will progressively recover, while others will be permanently changed.”

He also cautioned that the current crisis is unlike the 1998 Asian financial crisis or 2009 global financial crisis, where “if we hunker down, things will improve in a few months”.

“If we wait it out, we will likely be in worse shape than we are now,” he said, adding that the Republic must start now to build a new economy and create more and better job opportunities for people. “We cannot wait for Covid to blow over.”

There are four ways the world has changed irrevocably, said Mr Chan.

First, the geopolitical environment which had allowed Singapore to thrive in the last 50 years has changed.

Competition and tension between the major powers now permeate not just politics, but also trade, technology, and security, he said.

Citing the example of messaging platforms, he said that when Singaporeans do business in China, they communicate with their Chinese counterparts by WeChat and cannot access WhatsApp. The converse could be true in the United States.

“Frictions like these will be inevitable in a more complicated world,” he said. “We must avoid being caught in between the conflicts of the major powers, or be stranded in a fragmenting world of trade relations and technological standards.”

Second, global companies are reorganizing their production and supply chains, reviewing the need for regional headquarters and where their factories are sited. Many are shifting from a focus on efficiency, or “just in time” – to resilience, or “just in case”.

“They want to diversify… so that they are not dependent on any one site,” he said, adding that for some manufacturers, this means a “China plus one” strategy with an active focus on Asean.

This means that while some new investments may come Singapore’s way, existing ones may also diversify to other countries.

“If we do not adapt quickly, we will be bypassed,” cautioned Mr Chan, pointing out that the country must enhance its critical advantages, such as intellectual property protection and legal certainty.

The changing nature of tax – from taxing digital activity, to pressuring companies to do more in their home countries – could also affect companies’ decisions to invest in Singapore, he added.

Third, he said, jobs have changed, and remote work means those in other countries can do Singaporeans’ jobs from their homes.

This will affect many PMETs or professionals, managers, executives and technicians whose jobs can either be done virtually, or through automation and artificial intelligence.

Fourth, the shrinking economic pie will produce more social friction – between those who have more and those with less; and between foreigners and locals, or even citizens and permanent residents, he said.

Even as there are calls for greater protection and redistribution, he urged Singaporeans not to isolate themselves from the world.

“Without the world as our hinterland and market, we will reduce Singapore’s economic maneuvering space, and limit rather than expand opportunities for our people,” he said.

Instead, he added, those affected by job and business losses should be better care taken of in a sustainable way that is “not divisive, affirms the dignity of work and strengthens our social fabric.”

“We must chart a new direction now for a very different and uncertain future.”

Singapore must hold on to three principles as it charts this new path, he said.

First, it will be open for business in a safe and sustainable way.

It will isolate impacted clusters quickly and tightly and learn from the experience of others.

The spectrum of activities will be managed proportionately, with tighter measures for higher-risk activities.

“Above all, if we each exercise social responsibility, we can permit more activities with less risk,” he said.

Second, the Government will help businesses and workers make sense of, and adjust to, the new world.

Firms with good opportunities in areas such as biopharma, supply chains and precision engineering will be given a boost. There will be a conducive and attractive environment for new businesses to start up and plant their investments here for the long term, he said.

Beyond the value-add captured, such efforts are about building resilient and sustainable systems for the future, he said.

Firms that have suffered a drop in demand but will eventually recover, will get help to preserve their core capabilities so that they can emerge stronger.

The measures now include the Jobs Support Scheme of wage subsidies and rental relief schemes, he said, but this support should be re-directed towards helping them generate fresh revenue and become more cost-efficient.

For industries that are permanently changed – such as tourism and entertainment – there will be help to reinvent themselves, and pivot into new markets and products, said Mr Chan. “We know that these are tough decisions to make. But the faster we adapt and change, the faster our recovery.”

Third, the Government will establish “the right macro conditions”, including strengthening Singapore’s links to the global markets for supplies, technology and talent.

The Republic’s aviation and port hub status can never be taken for granted, and more will be revealed on this in the coming weeks, he said.

He added that the digital free trade agreements that Singapore has inked will open more markets for its businesses, while preserving existing access to conventional markets.

The Government will also train Singaporeans for the jobs of tomorrow and strengthen job matching efforts.

Mr Chan gave the assurance that despite the crisis of a generation, Singapore is starting from a much stronger position than the Pioneer and Merdeka generations – given its reputation for strong tripartite relationships and the rule of law, a highly skilled and educated workforce, and connectivity.

He promised that despite the challenges, the Government’s commitment to every Singaporeans remains the same.

“We will do our utmost to prepare our people for the challenges ahead, for us not only to survive, but to thrive in the new environment,” he said.

“We will not wait for Covid to blow over, but will start now, refreshing our economy and building those new opportunities for our people and the next generation.”