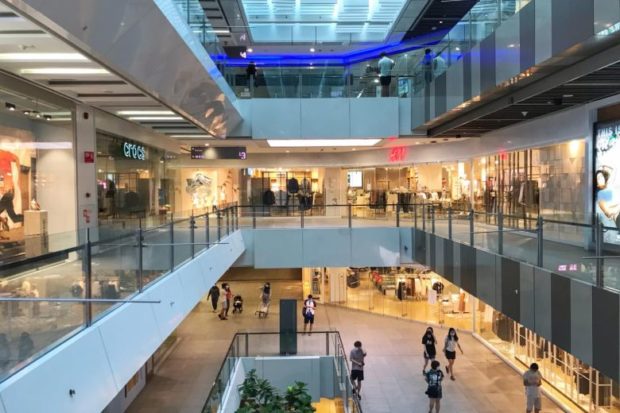 The GDP plunge was due to the circuit breaker measures that were implemented to slow the spread of Covid-19.ST PHOTO: Kelvin CChng via Asia News Network

SINGAPORE — Singapore’s economy shrank by 12.6 percent year on year in the second quarter, according to advance estimates from the Ministry of Trade and Industry (MTI) on Tuesday (July 14), as circuit breaker measures to stem the coronavirus pandemic took their toll.

The decline in gross domestic product (GDP) is worse than the 10.5 percent drop economists had anticipated in a Bloomberg survey. It is also much worse than in the first quarter when GDP turned negative for the first time in a decade, with the economy contracting by a revised 0.3 percent.

MTI said the GDP plunge was due to the circuit breaker measures that were implemented from April 7 to June 1 to slow the spread of Covid-19, as well as weak external demand amid a global economic downturn.

The ministry in May had forecast a full-year contraction of 7 percent to 4 percent – making the current recession Singapore’s worst-ever since independence in 1965.

The second quarter slump was led by the construction sector that shrank by 54.7 percent on a year-on-year basis, a significant deterioration from the 1.1 percent decline in the first quarter.

“Construction output weakened on account of the circuit breaker measures which led to a stoppage of most construction activities during the period, as well as manpower disruptions arising from additional measures to curb the spread of Covid-19, including movement restrictions at foreign worker dormitories,” MTI said.

On a quarter-on-quarter basis, the construction sector shrank by 95.6 per cent in the second quarter, far worse than the 12.2 percent contraction in the first three months.

The services-producing industries contracted by 13.6 percent on a year-on-year basis in the second quarter, steeper than the 2.4 percent decline in the previous quarter.

The only bright spot in the economy was the manufacturing sector that grew by 2.5 per cent year on year in the April to June period. However, the growth was slower than the 8.2 per cent pace achieved in the first quarter.

Manufacturing growth during in the second quarter was primarily aided by a surge in biomedical manufacturing. Still, weak external demand and workplace disruptions during the circuit breaker period weighed on output in the chemicals, transport engineering and general manufacturing clusters, MTI said.

On a quarter-on-quarter basis, the manufacturing sector shrank by 23.1 percent, a sharp reversal from the 45.5 percent expansion in the preceding quarter.

The advance estimates for the second quarter are largely based on data from April and May, coinciding with the two-month-long circuit breaker measures.

Singapore started to relax the circuit breaker measures on June 1 and entered phase two of economic reopening on June 19, allowing most retail shops and restaurants to resume business while observing social distancing measures.

Revised second-quarter estimates – to be released in August – are likely to reflect the impact of the reopening.

She said with the GDP already compressed by 6.5 percent in the first six months, some stabilization may start to emerge from the third quarter onwards. However, growth will remain in the negative territory through the year.

Mr Irvin Seah, senior economist at DBS Bank, said private consumption that had collapsed amid the circuit break period has started to recover. On top of that the unprecedented fiscal measures, in the form of four stimulus packages in four months, would also start to show up in GDP.

Ms Ling said that given the significant front loading of fiscal and monetary policy, there is a relatively high bar for additional stimulus. However, some of the budget measures targeting jobs may potentially be extended if the Singapore labour market continues to soften further, she added.

OCBC expects full-year GDP to contract by 5.5 per cent, while DBS predicts a 5.7 percent slump.