SEC says Kapa execs not yet off the hook 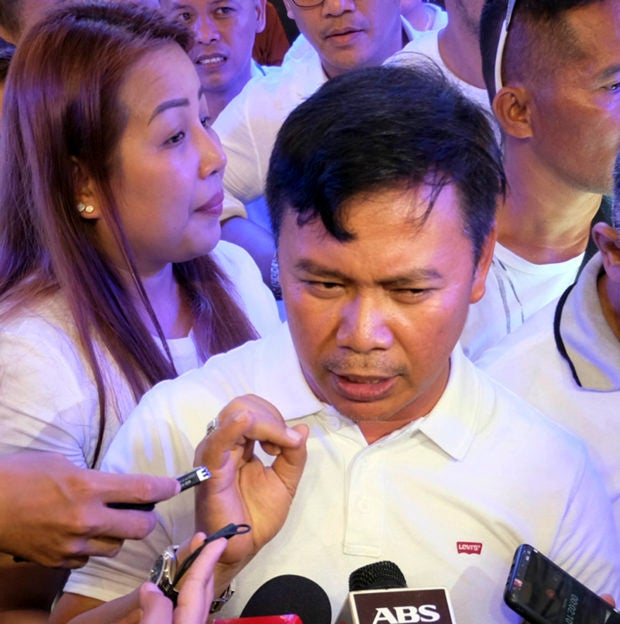 The Securities and Exchange Commission (SEC) has advised the investing public not to fall for “fake news” that fraud charges against Kapa-Community Ministry International had been dismissed.

In an advisory issued on May 21, the SEC stated that the criminal cases against Kapa for violations of Republic Act No. 8799, or The Securities Regulation Code (SRC), remained pending in various courts.

The SEC noted that Kapa founder and president Joel Apolinario—along with the group’s other officers—had only managed to secure conditional and temporary liberty after posting bail.

According to the SEC, Kapa supporters and promoters have been circulating videos featu­ring a purported telephone interview with Apolinario, falsely claiming that all cases against Kapa had been dismissed amid the COVID-19 pandemic.

The interview was first posted on May 7 on the YouTube channel of Bong Cagape and shared by channels supporting Kapa.

There were likewise other people who had released commentaries about the effects of the alleged dismissal of the cases against Kapa. One even falsely claimed that the cease-and-desist order (CDO) issued by the SEC had become void.

Prosecutors at the Department of Justice (DOJ) earlier charged Apolinario, together with Kapa trustee Margie Danao and corporate secretary Reyna Apolinario, in the Bislig City Regional Trial Court Branch 29 with violating Sections 8(8.1), 26.1 and 28 of the SRC.

The DOJ also indicted Marisol Diaz, Adelfa Fernandico, Moises Mopia and Reniones Catubigan for promoting the investment scam, in violation of the SRC.

The DOJ further charged Diaz in the Antipolo Regio­nal Trial Court for violation of Section 28 of the SRC. It filed similar cases against Mopia and Fernandico in the Quezon City Regional Trial Court Branch 93.

On Feb. 19 and 27, the Apolinarios and Catubigan, respectively, surrendered and posted bail for their temporary libe­rty while facing the investment fraud charges filed by the DOJ.

The criminal proceedings stemmed from the complaint filed by the SEC on June 18, 2019. The SEC discovered that Kapa was enticing the public to invest at least P10,000 in exchange for a 30-percent monthly return for life, without ha­ving to do anything other than invest and wait for the payout.

The corporate watchdog also found Kapa to have employed a Ponzi scheme, an investment program that offers impossibly high returns and pays investors using the money contributed by later investors.

The SEC clarified that the CDO against Kapa became permanent in March 2019 and, as such, remained in full force and effect. It added that the certificate of incorporation of Kapa was subsequently revoked in April 2019.