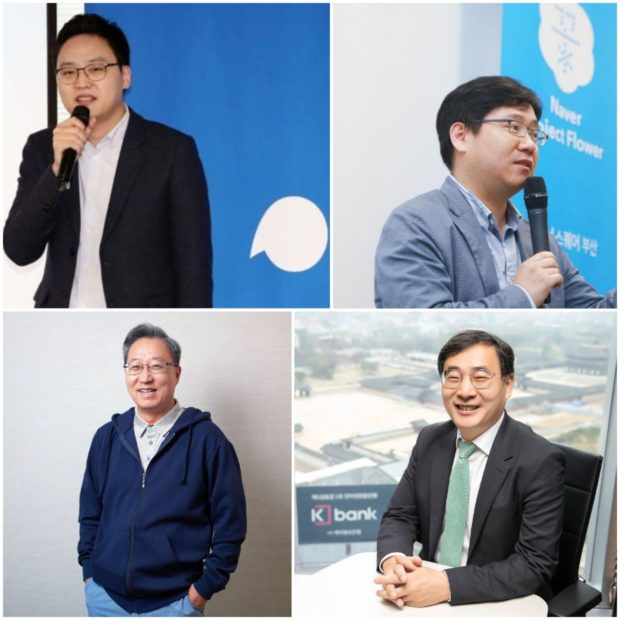 SEOUL — Virtual banks that have no physical presence but offer immediate services online have been touted as banks of the future in recent years, despite resistance from traditional players.

Labeling them as financial services of the future seems far-fetched. In recent months, they have grown faster than anticipated — though not sure if it’s good or bad –- due to the COVID-19 pandemic.

In a world where things may never be the same, online-only banks are striving for financial innovation, seeking to go beyond the domain of established players that have built strong customer confidence over decades.

On proliferating demand for contactless services across industries and the South Korean government ‘s drive to nurture new businesses to spur economic growth, online banks are now enjoying an unexpected opportunity to expand their operations, and take the next step forward to become a dominant force in the retail finance sector.

Money transfer or saving accounts are, so far, the only services online banks can offer. But enjoying growing interest and investment, online-only banks and homegrown fintech companies that boast technological prowess are set to test their limits.

Among the companies that have recently been put on the fintech map are portal operators Kakao and Naver, both of which are fast expanding their presence in the realm.

Their emergence is in line with the government’s new policies to nurture internet-only banks, which allow nonfinancial companies to own up to 34 percent of an online bank. Concerned over excessive influence of conglomerates in the financial market, the government had long banned nonfinancial companies to hold more than a 4 percent stake in financial firms before the new online-only bank rules were set up in August, 2018.

With the eased regulations, Kakao Bank, founded in 2017, made a turnaround last year with its net profit standing at 13.7 billion won. Backed by the nation’s largest mobile messenger firm Kakao, the online bank’s subscriber base has surpassed 12 million, which is more than a fifth of the nation’s entire population. The number of monthly active users exceeded 10 million — the largest among banking apps available in the nation.

“By offering user-friendly services and benefits, Kakao Bank will try to become customers’ go-to bank,” said Yoon Ho-young, CEO of Kakao’s banking unit, in an online media event late last month. He said the company was preparing to go public, but refused to give details on the exact schedule.

“The firm’s planned initial public offering will be aimed at raising capital to achieve sustainable growth,” he said.

The combined market share of Kakao Bank and its rival K bank is still relatively small, at 2.3 percent, but they are considered to have gained growth momentum in earnest with the widespread of contactless financial services, according to experts.

“Internet and mobile financial services will further gather steam with ‘contactless’ being widely accepted in a range of areas,” said Yoon Kyeong-soo, a researcher at the KDB Future Strategy Institute of the state-owned Korea Development Bank.

K bank, which was founded just several months before Kakao Bank, has been struggling since it was blocked from raising new funds from its major shareholder, KT, which was accused of violating the antitrust law here. The local law does not allow a conglomerate if found to have breached antitrust rules, to become the largest stakeholder of a financial firm.

The nation’s first online-only bank saw a silver-lining earlier this year as the government relaxed the rules. Its synergies with the telecom company, not just its vast subscriber network but also KT’s competitive edge as a technology firm, is what K bank wants to differentiate itself from its peers.

“K bank has developed a credit rating model by utilizing consumers’ financial and telecommunications data, which helps even financially marginalized people to use banking services and products, such as loans,” said Kim Dong-woo, a spokesperson, adding “It will keep focusing on deploying network technology to offer values for customers.”

The competition to take the lion’s share in the online-only banking market is expected to heat up with more companies throwing their hats in the ring.

After obtaining a preliminary license to run an internet bank, Viva Republica, a fintech unicorn that runs Venmo-like money transfer platform Toss, is preparing to start online bank operations in the latter half this year.

“How well those companies manage to create synergies with affiliates and partners and utilize technology will decide who will become a winner or loser in the internet-only bank sector down the road,” Yoon said.

Buoyed by high demand for contactless services and the government’s drive to nurture fintech industry, Viva Republica, turned a profit for the first time in April since the platform was launched in April, 2015.

The monthly remittances via Toss reach 4.5 trillion won while the accumulated volume comes in at some 90 trillion won. Around 17 million subscribe to the platform.

Riding wave, the Seoul-based startup, founded in 2011, plans on another fundraising round in a bid to attract as much as $200 million. It has so far raised a total of $350 million in previous funding rounds. Along with its growing user base and improving profits, the Seoul-based startup’s market valuation rose from 130 billion in 2017 to 2.7 trillion won in 2019.

Viva Republica CEO Lee Seung-gun is also painting a big picture to take the company to the next level in the coming years.

“The company is considering to issue initial public offerings in two to three years in developed markets,” said CEO Lee, adding “It will try to use profits from the Toss platform to fund new businesses, including internet banking, securities, and payment gateway.”

The company is forecast to go public either in Korea, Hong Kong or the US.

Having financial subsidiary Naver Financial Group under its wings, Naver is posing a challenge against both conventional financial firms and existing fintech companies. Its biggest weapon in the fintech battle is its formidable presence in the local online industry. Although its influence in the internet realm has shrunk due to growing presence of global search engines and SNS platforms, such as Google and YouTube, in recent years, the Korean portal giant still dominates more than 70 percent of the local search engine market. In combination with its e-commerce and payment services, among others, Naver will likely cause significant ripples in the financial segment, market watchers said.

“Together with Naver’s e-commerce and membership services, its planned savings account product that will offer a higher interest rate than offline commercial banks give will have competitive edge,” said a source from the banking industry.

Along with the online banking services, fast-growing mobile payment and financial data aggregation services will accelerate change in the overall financial sector, which has long been depicted as ‘conservative’, and ‘rigid,’ according to market officials.

“As user-friendly apps and services have started to gain popularity, traditional banks have followed suit by rolling out similar products,” said an official from the local fintech sector, adding that “large financial companies may have to pay keen attention to fast-changing trends in order not to be outrun by tech-savvy players.”

Not to be outpaced, traditional banks and card companies are willing to partner up with emerging fintech companies. For example, Woori Bank, a leading commercial bank here, and Viva Republica together have developed a system that allows users to compared loan products online.

The current government’s supportive measures for fintech companies are also expected to accelerate the entry of new market players as well, according to market watchers. The government, for example, runs a consulting program for fledgling fintech startups to lower or remove unnecessary regulatory hurdles.