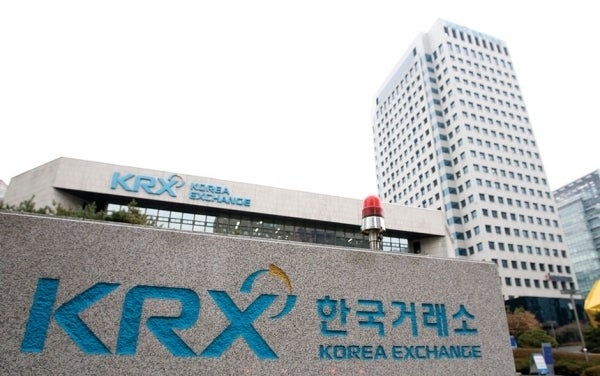 SEOUL — South Korea’s ambitious drive to launch the first pan-Asian benchmark comprising major blue chip stocks in the region appears to have fallen apart, over political differences and a lack of interest from larger markets.

The project, led by the nation’s bourse operator Korea Exchange (KRX), was designed to attract more foreign capital in the stock market, and was believed to be a precursor to become a new financial hub in Asia.

Tentatively named Asia Index, it was modeled after the Euro Stoxx 50, the eurozone’s blue chip index.

The project was announced in 2015 by the then KRX Chairman Choi Kyung-soo. He had said in an interview that the bourse operator was pursuing cooperation from its counterparts in China, Japan, Hong Kong and others. However, KRX has nearly “pulled away its hands” from the project for now, insiders told The Korea Herald, admitting it failed to convince counterparts from bigger markets.

Japan and China have shown little interest as they vied to become Asia’s No. 1 markets and found no benefits from the scheme, a KRX official said.

“When developing an index, it has to be marketable and synergize cooperating countries’ markets as well. Since Korea, Japan and China’s levels of expectation and the size of capital markets are different, it has become a very difficult issue.”

The indexing initiative was not able to gain traction in the first place mostly due to the different levels of the value chains and market sizes of each country, and there are also political issues involved.

“The decision to include or exclude certain stocks from an index is not only quantitative but also political,” said a foreign expert based in Seoul on condition of anonymity.

“Some firms may fight against exclusion because billions of dollars may flow out from their stock. Further, the decision is tough enough in one country.”

Japan and China’s market operators do not see many benefits by joining hands with an emerging market stock operator, according to experts.

“Korea is classified as an emerging market. Clubbing developed and emerging market stocks might not make much sense to some exchange operators. Maybe it hurts their pride,” a market expert at a Hong Kong-based securities firm said.

Currently, the KRX has three global indices containing listed stock items around the globe. The bourse operator jointly developed S&P/KRX Asia 100 and S&P/KRX Exchanges with S&P Dow Jones Indices in 2009. While developing the Asia index, Korea/Taiwan IT Premier Index was co-developed with Taiwan Index Plus Corp., a subsidiary fully funded by Taiwan Stock Exchange in 2017.

Despite its failure, the KRX said it would continuously try to attract foreign investors by seeking ways to promote the local Kospi 200 index in global markets.

“We have sought various ways to cooperate with Asian stock exchanges in Tokyo, Shanghai, Taipei and more. Korea/Taiwan IT Premier Index, which baskets 33 IT blue chip stocks listed in both markets, was the outcome while we planned for the Asia index development,” said the KRX official.