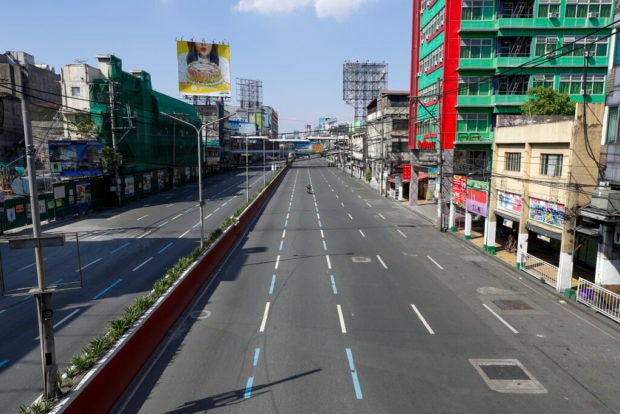 The Board of Investments (BOI) wants to give tax breaks to projects that will help in the COVID-19 response effort such as mass-production of face masks, but the proposal still remains pending in Malacañang two weeks after its submission for approval.

The BOI included COVID-19-related projects under the 2020 Investment Priorities Plan (IPP), a list of preferred business activities that should be given tax breaks.

Moreover, the BOI also included activities that support the so-called Balik Probinsya Program, a late addition in the IPP to accommodate the proposal of Sen. Christopher “Bong” Go to decongest Metro Manila at a time when authorities are trying to contain the spread of COVID-19.

Countryside development is not necessarily a novel concept. Even the 2017 IPP was aimed at encouraging investments in the countryside.

“We submitted [the 2020 IPP] in the early part of this year, but we were caught by the pandemic. It wasn’t signed yet then, so we withdrew it and changed it. We included two [more] activities that can qualify for incentives,” Trade Undersecretary and BOI Managing Head Ceferino Rodolfo said in a recent interview.

When about the delay, Rodolfo said the office of the Executive Secretary might be doing some “due diligence” to make sure that Malacañang sees the list in all possible angles.

As of now, companies that make medicines, medical supplies and medical equipment can import their materials without having to pay import duties, taxes, and other fees under a joint circular signed by the Department of Trade and Industry and the Department of Finance in the early days of the lockdown in March.

But the tax incentives to drum up efforts against the pandemic stop there, even though the Bayanihan Law gives the Duterte administration a lot of room to encourage local production of supplies that are in a shortage such as personal protective equipment.

Under the Bayanihan to Heal as One Act, Duterte has the authority to liberalize the grant of incentives for critical or needed equipment or supplies. The law did not specify if the incentives should be limited to just waiving fees.

Nevertheless, the 2020 IPP, which is updated every three years, would have a longer lasting support for companies since the Bayanihan law is set to expire three months after it took effect, or around June.

Under the current tax incentives, eligible projects can get years of income tax holidays and eventually a 5-percent gross income earned tax in lieu of local and national taxes. However, more incentives are expected if Congress passes the Corporate Recovery and Tax Incentives for Enterprises Act (CREATE), which will offer companies a new menu of tax breaks.

It is the latest iteration of the second tax reform package of the Duterte administration, which in essence is supposed to lower the country’s corporate income tax while rationalizing tax incentives.

Its previous version, named Corporate Income Tax and Incentives Reform Act (Citira), was passed in the Lower House and is now pending in the Senate.

The latest version offers some substantial changes to the package such as an immediate cut in the CIT from Southeast Asia’s highest at 30 percent to 25 percent this July, as opposed to the slow reduction spread over a 10-year period under the Citira.

CREATE will also give existing projects a longer transition period, from Citira’s two to seven years to Create’s four to nine. This was according to a recent presentation made by Acting Economic Planning Secretary Karl Chua, who used to head the tax reform effort at the Department of Finance before being appointed as the head of the National Economic and Development Authority.

Only projects under the 2020 IPP would be allowed to enjoy either the current incentives or the CREATE tax breaks, assuming the latter gets passed. According to Rodolfo, a company with a qualified project in the IPP could choose which tax regime to adopt as long as it has not yet enjoyed tax breaks.