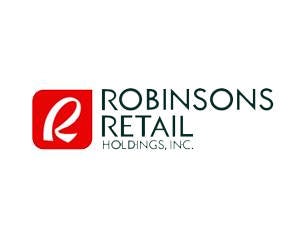 Panic-buying in supermarkets before and during the start of the lockdown of Luzon in mid-March boosted the first quarter net profit of Gokongwei-led Robinsons Retail Holdings Inc. (RRHI) by 45 percent year-on-year to P923 million.

In a disclosure to the Philippine Stock Exchange on Wednesday, RRHI said its earnings were driven by the 40-basis point gain in operating income margin, mainly lifted by the strong performance of newly acquired grocery chain Rustan, now being rebranded as “Marketplace.”

Consolidated net sales expanded by 7.3 percent to P40.1 billion despite the temporary store closure of the discretio­nary formats starting March 17 after the implementation of the enhanced community quarantine (ECQ) in Metro Manila, eventually expanded to cover the whole of Luzon, as a way to curb the coronavirus disease (COVID-19) pandemic.

Only the essential retail formats—namely, supermarkets, drugstores and convenience stores, which are establishments providing basic necessities—are allowed to operate by the government during this period. These three essential segments comprised 77 percent of RRHI’s consolidated sales.

About 40 percent of RHHI’s store network, excluding The Generics Pharmacy (TGP), are temporarily closed during the ECQ.

Blended same store sales growth (SSSG) for the first quarter was strong at 6.9 percent, due to “high sales induced by panic-buying for essential goods, such as food and medicines, most especially in March,” the disclosure said.

Supermarkets generated a record-high SSSG of 18.7 percent and the drugstore segment sustained a double-digit growth of 13.7 percent.

RRHI’s gross profit increased by 3.1 percent year-on-year to P8.7 billion in the first quarter, with gross margins down by 90 basis points to 21.8 percent, primarily due lo­wer back-end margins caused by the temporary closure of stores.

Operating income surged by 17.4 percent to P1.7 billion in the first quarter. Meanwhile, cash flow as measured by earnings before interest, taxes, depreciation and amortization (Ebitda) grew by 7.6 percent year-on-year to P3.3 billion, with Ebitda margins at 8.3 percent. —DORIS DUMLAO-ABADILLA