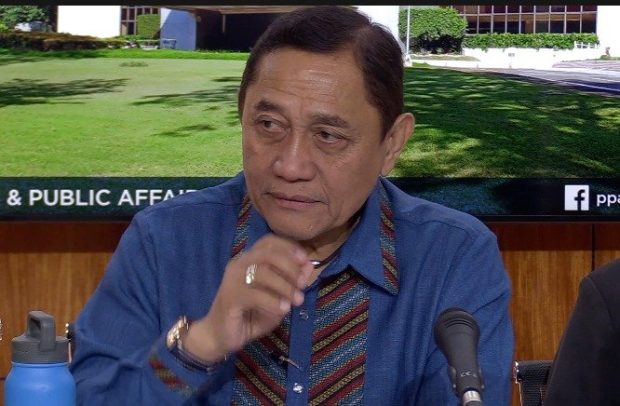 The lawmaker was responding to an appeal made on Tuesday by ACT-CIS party list Rep. Eric Yap for Pogos to be allowed to continue operations, saying this would mean extra income and resources that could be used to battle COVID-19.

But Abante noted that exemptions to the Luzon-wide enhanced community quarantine (ECQ) cover only essential industries like food, manufacturing and sales.

, in all shapes and forms, is not essential, according to the Manila representative.

“It is a vice — one that any country can do without, whether it be the Philippines or China,” Abante said.

is illegal in China, but POGOs target Chinese offshore gamblers and employ workers from the mainland.

While the industry has flourished in the Philippines, it has come under scrutiny for reportedly failing to pay some P50 billion in license fees and income taxes.

Abante, however, said the government might be sending conflicting signals to the public regarding ECQ if it allowed Pogo employees to return to work.

“Our countrymen will ask: ‘Why are these foreigners being allowed to work while we cannot?’” the Manila lawmaker pointed out. Online gaming executive Kim Wong of the Oriental Group donated thousands of COVID-19 rapid test kits and personal protective equipment (PPE) to beef up government supplies for front-line workers.

The Oriental Group operates a number of Pogo outfits around the country, particularly in Pampanga and Cavite.

The donations were on top of the 75,000 rapid test kits Wong earlier turned over to local government units (LGUs), the Armed Forces of the Philippines and the Philippine National Police.

—With reports from Jeannette I. Andrade and Daxim L. Lucas