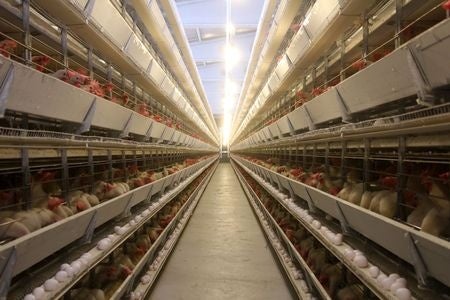 Local poultry raisers continued to slam the Department of Agriculture (DA) for releasing “misleading data” on the country’s volume of poultry imports at a time when raisers want the agency to limit importation while traders lobby for the opposite.

Earlier, the DA published data from the Bureau of Animal Industry (BAI) showing a 23-percent decline in the country’s poultry meat imports to 33,000 metric tons (MT) in May from 43,000 MT in January.

However, latest data from the BAI showed that compared to last year, imported chicken products during the first five months dramatically rose by 50.34 percent to 178,300 MT from last year’s 118,600 MT.

MDM is a raw material mainly used for manufacturing of canned goods, which the agency said did not compete with local poultry.

“It is a blatant attempt to distort the truth that DA and BAI refuse to accept that imports have threatened the industry and jobs of local farmers and poultry raisers,” said United Broilers Raisers Association (Ubra) president Bong Inciong.

He noted that chicken prices at the farm gate tumbled to P30 a kilo during the height of the lockdown, or 42 percent lower than the average production cost for chicken.

“This is the reason why we cannot accept the reasoning of the DA, especially BAI, that imports are not a threat much less a cause of the sufferings of the industry,” Inciong said.

BAI Director Ronnie Domingo, for his part, said in a phone interview that the agency “has no jurisdiction over the volume, format and type of meat to be imported,” and trade remedies such as the imposition of safeguard duties that could discourage traders from importing the commodity could not easily be implemented.

But according to Ubra, this has become the DA’s “perpetual excuse to do nothing and just leave farmers and producers to be slaughtered by commodities from countries with heavily subsidized agricultural systems.”

Agriculture Secretary William Dar, who has been at the center of the controversy, maintained his position that the DA would strengthen support to boost the production of local poultry.

However, the budget for the agency’s new programs—except for rice—have yet to be approved.