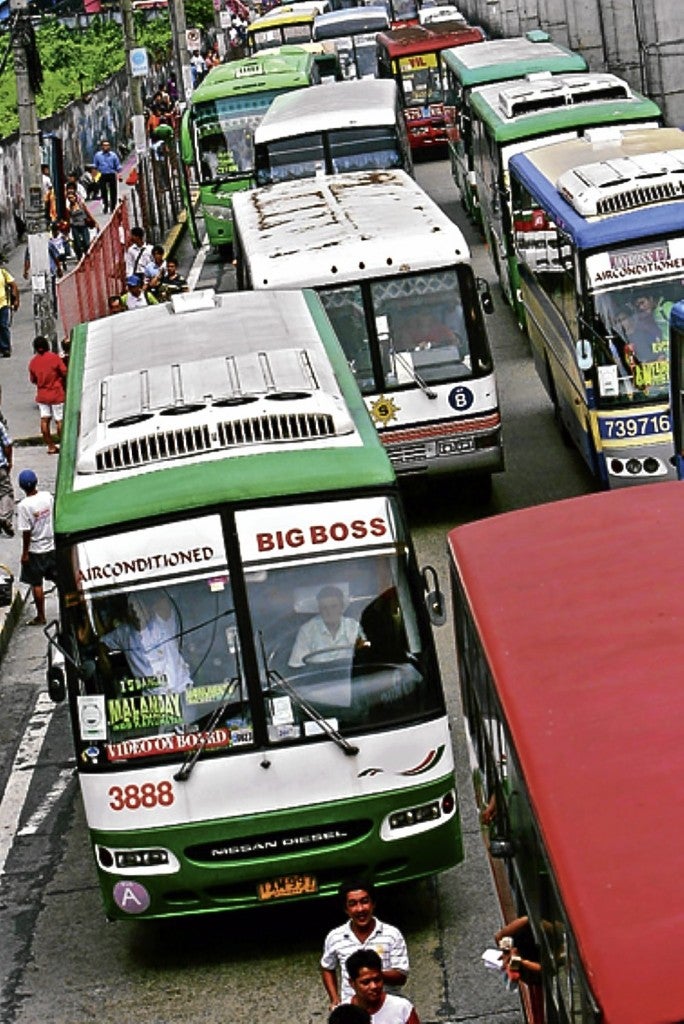 A business group proposed that only buses and trains be allowed to operate in Metro Manila in the meantime, opening modes of public transportation that it thinks are enough to support the skeleton crew of essential businesses.

The Management Association of the Philippines (MAP) has submitted a transportation plan to the government, which essentially suggested that only necessary modes of public transportation should be allowed to operate for now.

MAP has recommended that the modes of public transport to be opened should be able to support the daily commute of at least 250,000 workers, which the group estimated to be the workforce strength needed for skeletal manpower of essential businesses in Metro Manila.

The number should increase over time as the government flattens the COVID-19 curve, until eventually the entire Metro Manila workforce, or at least 5.4 million people according to July 2019 labor data, is able to return to work, too.

“In other words, the proposed system is a demand-driven transport system where the number of transport vehicles to be authorized will be determined by the [number of people who will need] transport service,” the plan read.

MAP sent the plan to Transportation Secretary Arthur Tugade in a letter dated April 20. A copy of the plan was shared to reporters on Tuesday (April 21).

The plan said the government should determine priority routes for buses and stations that railway systems should be allowed to open. The plan did not include jeepneys.

MAP added that the government should also give subsidies to bus operators since they would be operating at a loss and their buses would be unable to run at full capacity.

“The discussion should include the financial aspect of the operations for both the operator and the driver,” MAP said.

Drivers and conductors, the group said, should get regular monthly salaries “not based on the number of trips per day.”

The proposal came as the government still has no clear direction for public transportation, a crucial component of any economy, after the extended lockdown ends on April 30.

The plan, however, still leaves a lot of gaps that should be filled in by the national government, specifically on the details of how this transport plan would actually work on the ground.

Essential workers still have not forgotten the nightmare that followed the initial declaration of an enhanced community quarantine, after the lack of meticulous planning left workers walking to factories and offices for hours because public transportation was suspended but key businesses were not.

It remains to be seen how buses would be enough to support the need for public transportation, when the DOTr was able to give free rides to only more than 63,000 health workers in Metro Manila, according to department data.

It also had no mention of any plan concerning bikers, despite the fact that this has been the only way many employees, including health workers, have managed to go to work during the lockdown.

Its absence in the proposal suggested that the potential of bikes as a form of public transportation may have been ignored in favor of motor vehicles.

“The COVID-19 crisis has made clear that they are essential modes of transport,” Siy said.

“We should support walking and cycling with investments in streets that are safe to walk and bike on, and buildings where it’s possible to park your bike in a safe and decent manner,” said Siy, who has been riding his bike to work during the lockdown.