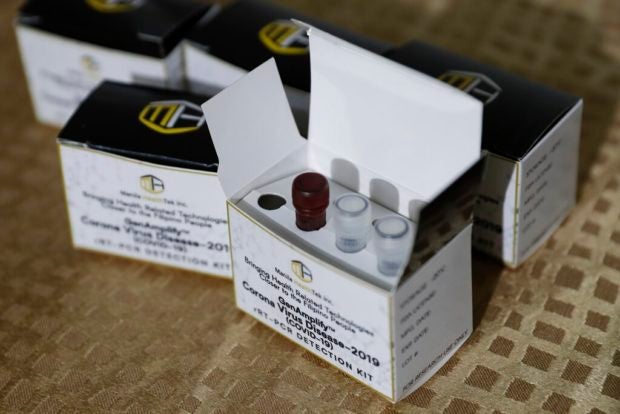 Foreign banks and think tanks have deemed the Philippines’ fiscal response to the COVID-19 pandemic as low compared to other countries in Southeast Asia and emerging market peers.

They see a likely need to increase taxes and defer infrastructure building to raise more funds to fight the disease.

In an April 30 report, one of the experts, Gabriel Sterne, of Oxford Economics, included the Philippines among “under-spenders” in the fight against COVID-19.

Oxford Economics’ estimates showed that the Philippines’ fiscal measures against the socioeconomic fallout caused by the pandemic were equivalent to about 2 percent of gross domestic product (GDP).

In a separate May 1 report, Maybank Kim Eng placed Philippine direct fiscal support for the fight against COVID-19 at just 1.4 percent of GDP.

“Fiscal responses from Asean governments have been unprecedented, both in terms of magnitude and speed,” said the Maybank report.

“However, not all fiscal stimuli look the same,” it said.

It added that “differences in fiscal balance sheet and self-imposed fiscal limits” caused “wide variation in the size of budget response.”

Fiscal responses have been large in Singapore (12.8 percent of GDP) and Thailand (14 percent), but are strikingly low in the Philippines (3.5 percent) and Indonesia (2.8 percent), said the report, written by Maybank analysts Chua Hak Bin, Lee Ju Ye, and Linda Liu.

“Headline numbers for fiscal programs look exceptionally large for some countries like Malaysia (17 percent of GDP) and Thailand (14 percent),” it said.

“But figures are flattened by loan moratoriums, government loan schemes and relaxation of pension withdrawal rules,” the report said.

Not including non-budget items, it said direct fiscal support was highest in Singapore (8.1 percent of GDP), Thailand (5.8 percent), Vietnam (3.6 percent) followed by Malaysia (1.9 percent), the Philippines (1.4 percent) and Indonesia (1 percent).

In the Philippines, bulk of direct assistance goes to households with P200 billion or 1.1 percent of GDP earmarked for cash aid of P5,000 to P8,000 for 18 million low-income households.

Support for businesses, the report noted, “is relatively small at 0.2 percent of GDP.”

Maybank said it expected the Philippines and Indonesia to “face tighter fiscal constraints in the aftermath.”

It said the Philippines might have to defer its “Build, Build, Build” program and increase taxes “in the next year or two.”

Deficit was seen to widen to P990 billion or 5.3 percent of GDP, “leaving little room for infrastructure investment,” the Maybank report said.

It said while the Philippine government was planning to spend more than P1 trillion in 2020 on construction projects, President Rodrigo Duterte had expressed willingness to drop infrastructure projects in 2020 to free up more funds for COVID-19 response.

The Maybank report also cited an April 8 interview with Finance Secretary Carlos G. Dominguez III by CNBC during which he said raising taxes will be done “not immediately.”

“But certainly down the road. I think maybe, in a year or two, that might be required,” Dominguez said in that interview.

As earlier reported by the Inquirer, data compiled by ADB economists had shown that the Philippines’ financial war chest against COVID-19 was the fourth smallest in Southeast Asia if divided among the estimated 106.7 million Filipinos.

The ADB’s COVID-19 policy database as of April 20 showed that the Philippines so far allocated P834.9 billion for pandemic response.

This, however, was only the sixth largest allocation for COVID-19 in the region.

But if the sum was divided among populations, the Philippines’ COVID-19 response surpassed only that of Cambodia’s, Myanmar’s and Laos’.