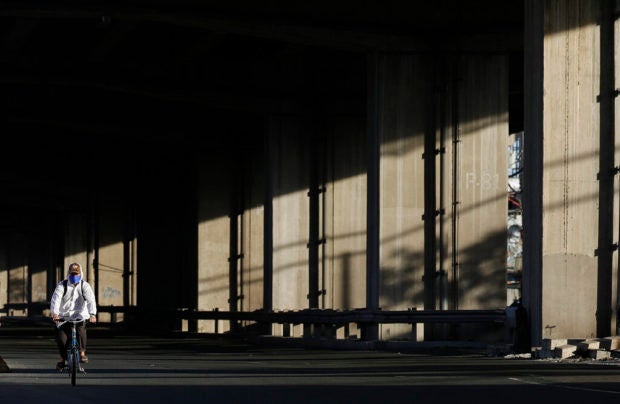 The Philippines can ramp up coronavirus testing and contract tracing, thanks to a new P23.5-billion loan from Japan to be spent on fighting the health and socioeconomic crises caused by the pandemic.

On Wednesday (July 1), Finance Secretary Carlos G. Dominguez III and Japan International Cooperation Agency (Jica) Philippines chief representative Eigo Azukizawa signed the agreement for the loan, which can be disbursed faster than other loans as it did not require prior policy conditions.

“The loan proceeds will automatically be available for withdrawal once the loan is declared effective, which is expected in the last week of July,” the Department of Finance (DOF) said in a statement.

This facility, co-financed with the Manila-based ADB, carried a fixed interest rate of 0.01 percent per annum, with a 15-year maturity period inclusive of a four-year grace period.

“We cannot understate the importance of this particular emergency support loan,” said Dominguez.

He said the government’s deficit to gross domestic product (GDP) ratio would “more than double” in 2020 because tax collections are down but spending on COVID-19 response continues to rise.

On top of that, he said “we also need to fund our economic recovery program.”

“This will require us to bridge the wider budget gap with additional borrowings,” said Dominguez.

“This facility will help us cover our budget expenditures during this very challenging time,” he added, referring to the Jica loan.

The Cabinet-level Development Budget Coordination Committee (DBCC) had projected this year’s budget deficit to widen to at least 8.4 percent of GDP or P1.6 trillion.

As of end-May, the government’s tax and non-tax revenue collection declined 16.1 percent year-on-year to P1.1 trillion, which Dominguez blamed on lack of consumption as well as a drop in imports amid a global recession.

As a result, the government had to resort to more borrowings of which 75 percent would be from domestic sources through T-bills and bonds, Dominguez said.

Dominguez said Jica’s latest loan will support government operations, including hiring of contact tracers, ramping up of testing, among other anti-pandemic programs and projects to be rolled out under stimulus packages pending in Congress.

Dominguez noted that the Philippines already had 72 COVID-19 testing centers compared to just one in March, adding that putting up these facilities was “not cheap.”

So far, a total of about $5 billion in loans had been obtained for COVID-19 response, Joven said.

The latest Department of Budget and Management (DBM) data showed that as of June 30, at least P374.9 billion had already been released for COVID-19 response.

Bulk of it, or P266.2 billion, were from allocations for discontinued programs, events and projects in the 2019 and 2020 national budgets.

At least P98.4 billion were from special purpose funds and P10.2 billion were regular allocations for departments.

Dominguez said that with over three months already spent under various forms of quarantine, it was now “time to open up” the economy so more Filipinos can earn their daily living.

Many Filipinos, he said, had been aware of the need to also take care of themselves amid the pandemic.

“So it’s important now also that people be allowed to go back slowly to their normal livelihood,” Dominguez said.

Dominguez said it was important to revive consumer confidence in the country as consumption not only accounted for about three-fourths of the domestic economy but also supported tax-collection—revenues that the government needed so it could spend more.