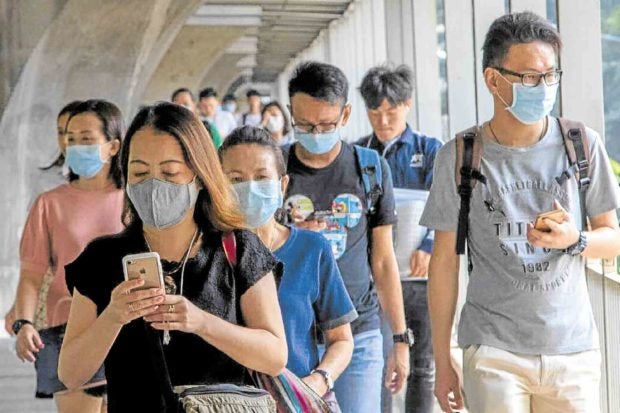 The Philippine government would need bigger fiscal support, which could mean more public money, directed toward COVID-19 response than it already has as it gradually opens the economy although cases of infection were still considered high, according to a London-based think tank.

In a report, Capital Economics said a fiscal stimulus package that passed the House of Representatives was worth just over 2 percent of gross domestic product (GDP) “but with large parts of the economy still in lockdown and infections still rising, we think more fiscal support will be required.”

After the economy contracted by 0.2 percent year-on-year in the first quarter of 2020, Capital Economics said the second quarter of the year, with strict lockdowns in April and May, was likely to be “much worse.”

“Virus containment measures were introduced in mid-March and are among the toughest in the region,” said the think tank.

“Routing data from Apple Maps show journeys have been a fraction of the usual for over two months, suggesting activity is very depressed,” Capital Economics said.

“There has been a small recovery in activity most recently,” the report said.

“This is mirrored in Google’s community mobility reports which suggest some people have returned to work as lockdown restrictions have been eased,” it said.

The report added, though, that such “activity is still very depressed and consumer behavior is unlikley to recover to normal anytime soon especially given that new virus cases have not yet started to fall.”

Besides the government infusing more fiscal support as spending was projected to further increase to fight COVID-19, Philippine monetary authorities may have to step in again, Capital Economics said.

“Given the dreadful outlook for growth, the Bangko Sentral ng Pilipinas (BSP) is likely to step up support by cutting its policy rate further in the coming months,” it said.

“The BSP last cut its policy rate to 2.75 percent at an emergency meeting on April 16,” according to Capital Economics.

“Inflation should be no barrier to looser policy. While the headline rate has been slower to fall than elsewhere due to higher food price inflation, it is still close to the bottom of the BSP’s target band,” Capital Economics said.

Headline inflation averaged 2.6 percent at end-April, within the government’s 2 to 4 percent target range for 2020.

The economic team expects the rate of increase in prices of basic commodities to end the year within a lower band of 1.75-3.75 percent.