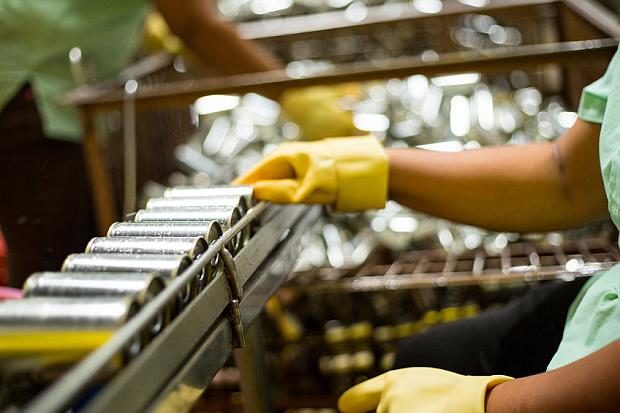 Production in Philippine factories is slowly increasing as 3/4 of the economy started to regain movement in June following near paralysis as a result of pandemic lockdowns.

This augurs well for economic recovery, according to the country’s chief economist on Wednesday (Aug. 5).

The Philippine Statistics Authority’s (PSA) monthly integrated survey of selected industries (Missi) report for June showed that the volume of production index (VoPI)–a proxy for factory output–dropped 19.3 percent last June, which was narrower than 28.5 percent in May and 38.8 percent in April.

Mega Manila and large parts of the country were on enhanced community quarantine, the most stringent form of lockdown, in April and May.

Also, the decline in the value of production index (VaPI) eased to 22.5 percent from 31.2 percent last May and April’s 41.2 percent.

“The declining trend has slowed down in June, which reflected the gradual easing of quarantine restrictions,” acting Socioeconomic Planning Secretary Karl Kendrick T. Chua said in a statement.

The less-restrictive general community quarantine (GCQ) took effect in most parts of the country in June after 2.5 months of ECQ.

“The rate of decline for most of the construction-related manufactures was slower compared to the previous month,” Chua said.

He said the easing of lockdowns in many parts of the country allowed the resumption of public and private construction projects such as:

“The return to MECQ in these areas is a difficult but important decision,” said Chua.

“Although this is expected to weigh down on the economy in the short term as resumption of business operations is limited, this will give our health system some respite amid the recent rise in COVID-19 cases,” he said.

“It will also help improve productivity in the near-term as more lives are saved and consumer confidence restored,” Chua added.