PH back in black in dollar inflow in February 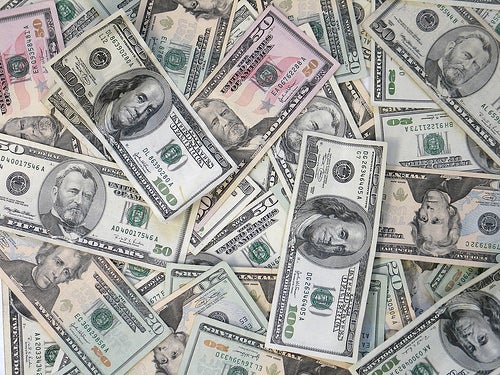 The Philippine economy returned to black in terms of the amount of dollars it spent in the second month of 2020 outpacing the amount it earned in transactions with the rest of the world, according to the latest data from the central bank.

In a statement, the Bangko Sentral ng Pilipinas (BSP) said this $839-million dollar transaction surplus for February sharply reduced the country’s balance of payments deficit for the first two months of the year to $516 million from the net hard currency outflow level of $1.3 billion recorded in January.

The balance of payments tally represents the total net value of the economy’s dealings with foreign parties.

This year central bank authorities expect net dollar inflows to the Philippines of at least $3 billion, driven mainly by remittances from expatriate Filipino workers, tourism receipts, as well as earnings from the country’s business process outsourcing industry—a forecast that will likely change with the effects of the coronavirus pandemic on the economy that began with a Luzon-wide lockdown in March.

According to the central bank the surplus in net dollar flows in February 2020 reflected mainly the transactions arising from the national government’s foreign currency deposits with the BSP, the BSP’s own foreign exchange operations, as well as income from its investments abroad.

These inflows were partially offset, however, by the payments made by the national government for servicing its foreign currency debt obligations during the month in review.

The central bank noted that the balance of payments deficit for the January to February period marked a turnaround from the $3.17-billion surplus surplus recorded in the first two months of 2019.

“The deficit may be attributed partly to merchandise trade deficit and net outflows of foreign portfolio investments based on the latest available data,” the BSP said.

The balance of payments position reflects the final gross international reserves level of $88.19 billion as of end-February 2020.

The central bank said this level of dollar reserves “represents ample liquidity buffer equivalent to 7.8 months’ worth of imports of goods and payments of services and primary income.”

It is also equivalent to 5.1 times the country’s short-term external debt payments based on original maturity and 3.7 times based on residual maturity.

In general, a surplus of dollar inflows into the local economy supports the value of the peso against the US dollar in the foreign exchange market, while a dollar flow deficit has the opposite effect.

The Philippines ended 2019 with a balance of payments surplus of $7.8 billion which was its highest level in seven years, coming off a $2.3-billion deficit in 2018.