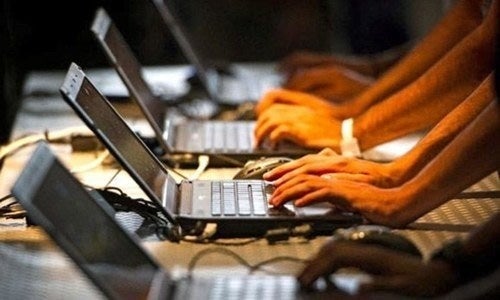 ISLAMABAD — With the continuous rise in coronavirus cases across the world, business activity has already taken one of the worst hits in decades, as projections suggest that it might be even scarier than the Great Depression. Apart from a few countercyclical sectors, demand in most has already shown a sharp decline.

In such times, agile companies have quickly jumped on whatever opportunity has come their way. News of textile units converting their production lines to start manufacturing face masks is known to all. The case is not drastically different within tech either, where right after the relative easing of lockdown, logistics giants, including Careem, Bykea and Foodpanda, shifted their focus from rides and food towards more essential items such as medicines and groceries.

Among relatively smaller companies too, there has been some pivoting, as more and more try making the move (even if temporarily) towards more essential items whose demand is largely inelastic.

Trax, a third-party logistics provider primarily catering to the e-commerce sector, saw much of its operations (in Sindh) halted right after the lockdown was imposed. This prompted them to quickly shift focus, at least temporarily, to other areas to keep business running.

“We generally used to avoid onboarding clients in pharma, fast-moving consumer goods (FMCG) and ration due to low margins. But since they were the essential services and allowed to operate during the lockdown, we quickly partnered with players in these sectors,” says Trax Chief Executive Muhammad Hassan Khan.

“Pharma used to have less than five per cent share in our gross revenues, which has now jumped up to 30 percent after this pivot. Not only us, but many of our existing clients in e-commerce have started offering essential goods and services, such as hand sanitizers, which again helped Trax continue operations,” he adds.

A good example of such add-ons in e-commerce can be characterized by Buyon.pk, which introduced a new category called “Covid-19 care” and now sells items like face masks, hand sanitizers and even walk-through tunnels under this.

Daraz.pk reported that the contribution of FMCG doubled in March while DFresh, the company’s fruits and vegetable service, saw orders surge by nine times.

In some cases, instead of pivoting or shifting the target market, startups have seen their future plans materialize early. For instance, Oladoc, the doctor booking platform, which was operating in the offline space introduced online consultations within a couple of weeks of the outbreak as out-patient departments (OPDs) were generally closed due to the lockdown.

Likewise, Kumlaudi, an edtech marketplace to find instructors and students for the offline world, is now rolling out a product to enable online after-school learning, executing its 2021 vision before the set timeline.

ModulusTech, the maker of flat-pack housing units, has also expressed its willingness to help build quarantine rooms, hospital beds among other things.

Meanwhile, Edvon, an edtech startup that makes robotic kits for school children to aid science, technology, engineering and mathematics (STEM) learning, has started making personal protective equipment kits like face shields for doctors and medical professionals since the outbreak. However, for Muhammad Nabeel, the company’s founder, the switch has not come out of any commercial motives.

“We were already independently doing ration drives and the closure of schools provided us with capacity so we started making face shields to medical staff on the front lines. Initially, it was all using our donor funds but now we are providing these services to hospitals at cost,” says the CEO.

Similarly, the slow demand in poultry due to the closure of restaurants forced the parent company of Poulta, an agritech, to try its luck in making ventilators in the meanwhile (for which the Massachusetts Institute of Technology has made the design open source).

The approach might be proactive and admirable but the question remains if those without any industry knowledge could, or more importantly should, offer services that go beyond their expertise? Especially in something as sensitive as health during a pandemic?

Admittedly, at the global level too, there has been a certain degree of relaxation in standards given the state of emergency, but in Pakistan where these standards are lax to begin with , such a move could possibly spell disaster. Would guidelines alone ensure that acceptable quality is being maintained or checks and balances be introduced? That ultimately is up to the regulator (who that may be is again not too clear according to those working in this space). In the meanwhile, entrepreneurs continue to persevere.