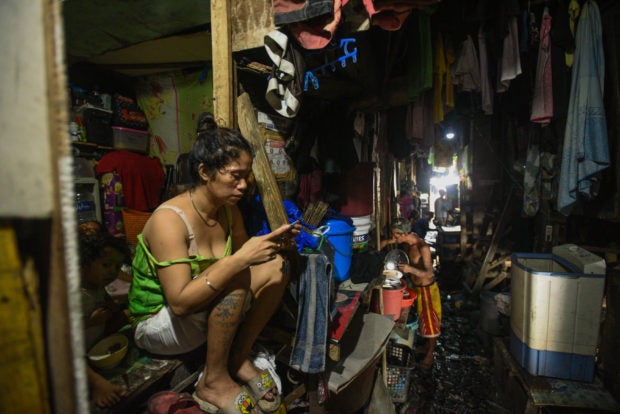 Each of the estimated 108.7 million Filipinos carries the burden of paying the national government’s growing debt, which amounted to a new record-high of P9.05 trillion as of June which means if we wanted to pay now, each of us must shell out P83,239.

The government has been increasingly relying on debt to finance the rising costs of the health and socioeconomic crises caused by the COVID-19 pandemic.

Testing, isolation facilities and even the vaccine to be purchased through next year’s national budget, among other expenditures, are being financed by money raised through domestic and foreign borrowings.

The latest Bureau of the Treasury data released on Wednesday (July 29) showed that the national government’s end-June debt stock inched up 1.8 percent from P8.89 trillion in May, and jumped 15.1 percent from P7.87 trillion in June last year.

In a statement, the Treasury explained that there was net issuance—the amount of debt paper issued last month exceeding the volume that matured—while the government borrowed more from local and external sources.

Outstanding domestic debt reached P6.19 trillion, up 2.6 percent from a month ago and 16.9-percent higher than a year ago.

Debt from local sources accounted for 68 percent of the total debt amount as the government preferred to obtain bulk, or up to 3/4 of annual borrowings, from the domestic debt market through the sale of T-bills and bonds. This was to temper foreign exchange risks.

From January to June, the Treasury sold a gross of P1.68 trillion in government securities:

These were on top of the P300-billion repurchase agreement with the Bangko Sentral ng Pilipiinas (BSP) at the start of the COVID-19 crisis.

On the flip side, P612.6 billion in IOUs matured during the first six months, bringing the net domestic debt accumulated so far this year to P1.06 trillion.

The government is currently selling five-year RTBs at a coupon of 2.625 percent. Proceeds from this issuance, which will fund budgetary requirements, will also be added to the debt stock.

During the first week of the ongoing RTB offering, the volume sold already exceeded the record amount issued last February.

In a July 28 memorandum to all government securities eligible dealers (GSEDs), National Treasurer Rosalia V. de Leon announced that the Treasury plans to raise P170 billion in T-bills and bonds in August.

Another P15-billion each in the returning 35-day T-bills would be offered on Aug. 4 and 18.

While the Treasury had offered relatively shorter T-bond tenors, or maturity periods, at the height of the COVID-19 lockdown when investors gravitated to short-term debt amid declining rates, De Leon said on Wednesday that “institutional investors also need long-dated [securities] for their asset and liability management.”

“For June, net availment of external loans amounted to P48.8 billion which was offset by P41.5 billion mainly due to local currency appreciation,” the Treasury said, citing gains made by the peso which reached 49.79 against the US dollar by end-June from 50.858 per dollar last May.

In the first six months of 2020 alone, the government borrowed a total of P413.5 billion from foreign sources:

In turn, the government repaid P113.5 billion in external debt from January to June.

Amid weak revenues induced by the pandemic, the government planned to ramp up domestic and external borrowings, which will jack up outstanding debt to a record P9.6 trillion by yearend.

The higher 2020 debt stock will also jack up the debt-to-gross domestic product (GDP)—the ratio reflecting a country’s ability to pay its debts—to 49.8 percent, which shall be the highest since 2011.

Treasury data showed that the debt-to-GDP ratio climbed to 43.3 percent in the first quarter, as the increase in debt outpaced an economy that contracted by 0.2 percent during the same three-month period.

A further increase in debt-to-GDP ratio was expected by the end of the first half as the second quarter was seen to post a sharper GDP drop at the height of the longest and most stringent COVID-19 lockdown in the region. The lockdown had sent at least 75 percent of the economy into paralysis.

During the economic team’s pre-State of the Nation Address (SONA) forum earlier this month, Finance Secretary Carlos G. Dominguez III reiterated that the Philippines has “the capacity to borrow—we are borrowing at very low rates, and we have the capacity to pay these loans in the future.”

“The repayment will come from our taxes in the future,” Dominguez said.

“And our taxes will come from healthier Filipinos working from returned economic growth starting next year. So the debt is very manageable and it is affordable for us,” he had said.

In a separate statement on Wednesday, the Department of Finance (DOF) quoted Ndiame Diop—the World Bank’s new country director for Brunei, Malaysia, the Philippines, and Thailand—as saying that “the prudent fiscal management of the past few years has really positioned the country to be among the countries that are really at the forefront in terms of capacity to respond on the fiscal side.”

“Other countries facing national debts in relation to their respective GDPs of 60-70 percent will face a tough period ahead,” the DOF quoted Diop as saying.

“So I think the good shape in which the Philippines is under this crisis positions it very, very well going forward,” Diop said.

In a July 8 report with a long title, Morgan Stanley Research said that the Philippines, India, and Indonesia have “relatively lower starting point of debt-to-GDP ratio [which] means these economies would still be better placed compared to others despite the rise in leverage from the COVID-19 slowdown.”