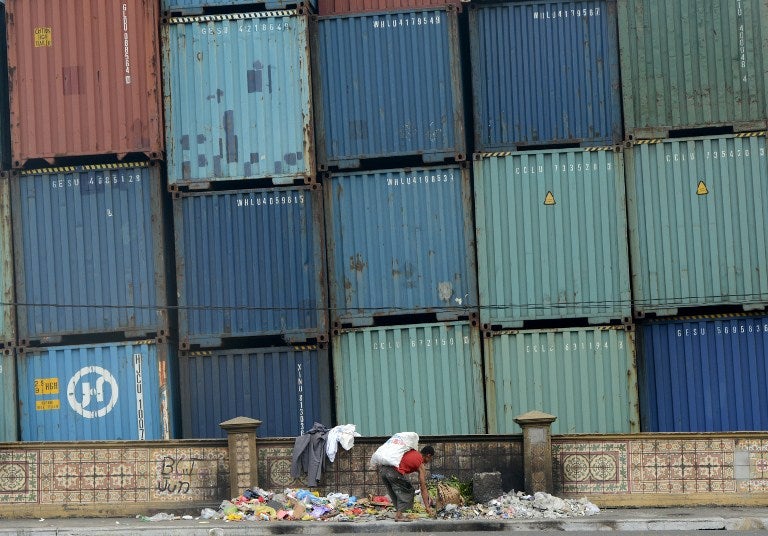 MANILA, Philippines – The government has threatened to confiscate overstaying cargoes in Manila’s ports, accusing businesses of ignoring calls to withdraw their containers which have worsened harbor congestion amid the enhanced community quarantine in Luzon.

Warning of a possible “port shutdown”, the Philippine Ports Authority (PPA) said cargoes, including essential food and medical supplies, had continued to pile up at the Manila International Container Terminal (MICT) and the Manila South Harbor.

Both are almost 100 percent full, the PPA said.

“Ports, specifically the Manila ports, are the lungs of the country’s commerce and trade. These lungs right now are not functioning efficiently due to congestion,” said Jay Santiago, PPA general manager.

The PPA, together with the Bureau of Customs (BOC), Department of Trade and Industry, and the Department of Agriculture is now drafting strict measures to prevent further congestion, including forfeiture of overstaying cargoes in favor of the government and reducing the cargo clearing and free storage periods.

Brokers and importers are not to blame for the situation but the slow processing of shipments brought about by the Luzon-wide lockdown, said Maria Zapata, director of the Confederation of Truckers Association of the Philippines Inc.

“Our trucks are on standby,” Zapata told the Inquirer. “It’s unfair to blame the importers. The PPA knows what the real problems are.”

Zapata pointed to the long processing times by the BOC and unreliable banking services during the quarantine. They even encounter problems with paperwork on shipments whose countries of origin are under lockdown because of the coronavirus pandemic, she said.

Zapata said brokers were also deploying skeleton workforces. Some employees from nearby provinces, such as Cavite and Bulacan, are even denied entry at checkpoints even if they have valid documents, she said.

“Our people are going out there and exposing themselves and their health just to make deliveries,” she said.

In its statement, the PPA said it would soon release a joint memorandum circular to manage congestion in Manila’s ports.

It reported that more than 800 refrigerated vans containing perishables like food, medicines and other essentials at the MICT. More than 2,000 dry containers that had already been cleared and ready for delivery were still remaining inside the terminal, it said.