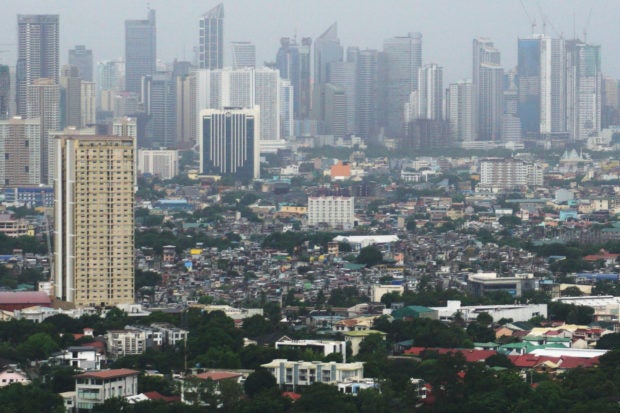 Remittance flows to the Philippines may decline by more than a fifth this year as many Filipinos working and living abroad stood to lose employment while the global economy grappled with the COVID-19 pandemic, the Washington-based World Bank said.

“Year-on-year growth in remittances [to the Philippines] for January and February 2020 was 4.8 percent and 4.4 percent, respectively, suggesting little slowdown to date. However, the government is anticipating a 20-30 percent decline in remittances for 2020 and a corresponding growth rate of 2 percent due to the fallout from COVID-19,” the World Bank said in its latest Migration and Development Brief for April 2020 titled “COVID-19 Crisis Through a Migration Lens” released on Wednesday.

The World Bank nonetheless said that historically, countries hit by crises tended to receive more remittances as migrants supported their families back home.

“Migrants new and old increase the amounts they send home during times of crisis and hardship in their country of origin, a phenomenon [called] as the countercyclicality of remittances,” it said.

“During a crisis in the host country, however, remittances can decline. For instance, during the global financial crisis, remittance flows to low- and middle-income countries declined by 5 percent in 2009,” it added.

In the case of the Philippines, the World Bank noted: “[An] event study showed the countercyclical increase in remittance flows to the Philippines during the bird flu pandemic in November 2003, and a procyclical decline in response to the global financial crisis starting in September 2008.”

But the World Bank said it would help that remittance fees to the Philippines were among the lowest in the East Asia and Pacific region.

Across East Asia and the Pacific, the World Bank expects remittances to drop 13 percent this year, “to be driven by declining inflows from the United States, the largest source of remittances to the region,” it said in a statement.

Across the globe, the World Bank projected the “sharpest decline of remittances in recent history” of about 20 percent “due to the economic crisis induced by the COVID-19 pandemic and shutdown.”

“The projected fall is largely due to a fall in the wages and employment of migrant workers, who tend to be more vulnerable to loss of employment and wages during an economic crisis in a host country. Remittances to low and middle-income countries are projected to fall by 19.7 percent to $445 billion, representing a loss of a crucial financing lifeline for many vulnerable households,” the World Bank said.

“Remittances are a vital source of income for developing countries. The ongoing economic recession caused by COVID-19 is taking a severe toll on the ability to send money home and makes it all the more vital that we shorten the time to recovery for advanced economies. Remittances help families afford food, health care, and basic needs. As the World Bank Group implements fast, broad action to support countries, we are working to keep remittance channels open and safeguard the poorest communities’ access to these most basic needs,” World Bank Group president David Malpass said.

Remittances were the Philippines’ biggest source of foreign exchange income, insulating the domestic economy from external shocks by ensuring steady supply of dollars into the financial system.

These cash transfers were also a major driver of consumption, hence contributing to economic growth.