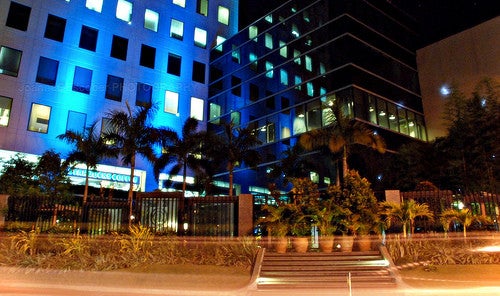 The Duterte administration’s order for ABS-CBN Corp., the country’s largest television network, to stop broadcast operations over an expired franchise might be a first.

National Telecommunications Commission (NTC) deputy commissioner Edgardo V. Cabarios told the Inquirer in an interview that he did not recall any instance when the NTC issued a cease and desist order (CDO) against an entity for lacking a congressional franchise.

“As far as I can recall, this is the first time,” said Cabarios, who has spent almost four decades at the NTC. “Usually, we issue a CDO for violating the NTC’s rules.”

Cabarios, along with commissioner Gamaliel Cordoba and deputy commissioner Delilah Deles, were the signatories in an NTC order telling ABS-CBN to “stop operating its various TV and radio broadcasting stations nationwide.”

NTC cited the lapse of ABS-CBN’s 25-year franchise on May 4, 2020 after petitions for renewal languished before lawmakers for years.

The move comes in the midst of the COVID-19 pandemic that has shuttered most of the economy and regular government functions.

It follows through with Mr. Duterte’s threat to shut the network down amid a feud with ABS-CBN’s owners that supposedly began when the TV network failed to air his advertisements during the 2016 presidential campaign.

Duterte’s critics have asserted that the row was mere cover to silence a powerful media organization that, at times, has been critical of his administration’s policies.

During the interview, Cabarios gave a candid response on why ABS-CBN was singled out even when there may have been instances in the past when firms were allowed to operate beyond the lapse of their franchise.

“Because there is an issue on the validity of the franchise. So with that issue being raised, our legal team deemed it proper to issue a CDO,” Cabarios said.

He also said the NTC’s legal review determined “there was no legal basis” to issue a provisional permit to ABS-CBN despite Justice Secretary Menardo Guevarra’s position that broadcast entities can continue operating while bills for renewal remain pending in Congress.

The CDO appears to be a win for Solicitor General Jose Calida, who warned the NTC over the weekend against issuing a provisional authority. Calida had also sought to revoke ABS-CBN franchise via a quo warranto case last February.

Cabarios denied that the NTC was pressured by the solicitor general. Instead, he pointed to the text of Republic Act 3846, or the Radio Control Act that was last amended in the 1950s.

Section 1 of the law reads “no person, firm, company, association or corporation shall construct, install, establish, or operate a radio station within the Philippine Islands without having first obtained a franchise therefor from the Philippine Legislature.”

The action by the administration threatens about 11,000 jobs, some 6,730 of which were regular employees, ABS-CBN’s latest annual report showed.

Despite its diversification into high-speed broadband, theme parks and international and digital productions, ABS-CBN still relies on advertising from its TV business for about half of its revenues, which hit P40 billion in 2018.