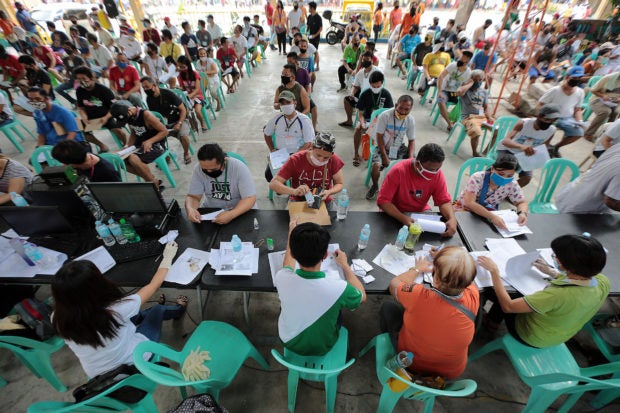 MANILA, Philippines — As municipalities are not as resource-rich—especially with taxpayers’ money—unlike their city counterparts, the COVID-19 crisis is pushing the country’s 1,488 towns to the limit.

“The COVID-19 pandemic stretching to two months to date has grossly impacted municipal LGUs [local government units] throughout the country. Our municipal mayors are weary and worried of the immediate and long-term health, economic, and social consequences of this health crisis,” League of Municipalities of the Philippines (LMP) national president Luis “Chavit” Singson told the Inquirer.

“With very limited human and logistical resources, local funds are also dwindling fast. Our municipal mayors have to be creatively resourceful in order to more efficiently manage the pandemic and respond to the needs of their constituents,” added Singson, who is currently the mayor of Narvacan town in Ilocos Sur, where he used to be provincial governor.

“When President Duterte placed the whole country under the state of a health emergency, municipalities were authorized to utilize our calamity funds equivalent to 5 percent of our respective internal revenue allotment (IRA) for the year,” Singson said, referring to LGUs’ share from national internal revenue tax collections.

This year’s total IRA shares based on the Bureau of Internal Revenue’s (BIR) actual collection of national internal revenue taxes in 2017 reached P648.9 billion across 43,618 LGUs, including provinces, cities, municipalities, and barangays.

For 2020, the Department of Budget and Management (DBM) had allotted P220.6 billion in IRA to municipalities.

“For example, a sixth-class municipality with a P60-million annual IRA has only P3 million for calamity fund that can be utilized for disaster response. But considering that the municipality is IRA-dependent, that municipality has only about P1 million available funds—as of April—for the medical needs and relief packs of the locality. Imagine if this municipality has 2,000 households, then the mayor can only allot P500 per household for the past two months,” Singson explained.

As such, Singson welcomed the so-called “Bayanihan” grants released by the DBM to provinces, cities, and municipalities as additional funding for their respective local COVID-19 response initiatives.

These Bayanihan grants can be used to buy personal protective equipment (PPE), testing kits, medicines and vitamins, hospital equipment and supplies, food assistance, and relief goods, among other COVID-19-related expenses.

“I, along with the rest of our country’s municipal mayors, am very grateful to President Duterte for approving the measure of augmenting the IRA of LGUs with an additional one-month IRA-equivalent grant for every LGU, a move which the LMP strongly endorsed. This was made possible through the generous effort and initiative of Senator Bong Go in support of the LGUs,” Singson said.

“The Bayanihan grant for cities and municipalities is a big boost to the initiatives of LGUs, especially poor municipalities in the battle against the COVID-19 pandemic. This has indeed raised the morale of our municipal mayors nationwide,” Singson added.

However, even additional money from the national government cannot offset the bigger local expenditures municipalities must spend to address the health and socioeconomic crises caused by COVID-19.

“The ushering in of the ‘new normal’ is a big challenge for every municipal mayor today. Our calamity funds are now depleted. We are crossing our fingers in fervent prayer that no calamity besets us for the rest of the year,” Singson said, even as typhoon “Ambo” over the weekend flattened parts of the country, making it more difficult for LGUs already struggling to fight COVID-19.

“With the lifting of the community quarantine, municipalities are mandated to establish quarantine and isolation facilities and conduct contact tracing and mass testing as protocols to mitigate the spread of the COVID-19 virus, a daunting task for municipalities which are wanting in human and financial resources. The LMP is now in constant contact and dialogue with our 1,488 municipal mayors, through our provincial chapters and the national executive committee to come up with policy recommendations to the national government to help address the situation and its immediate and long-term impacts to municipalities and to the nation as well,” Singson added.

It did not help that the Department of Finance (DOF) had extended the payment of all local taxes, charges, and fees that were due during the COVID-19 lockdown to a uniform deadline—until June 25.

“The delay in payments will affect the projected cash flow of LGUs and will require them to adjust their funding priorities for this year,” Niño Raymond Alvina, executive director at the DOF’s Bureau of Local Government Finance (BLGF), told the Inquirer.

For 2020, provincial, city and municipal treasurers nationwide had been tasked to collect a total of P307.1 billion in revenues—P126.2 billion in local business taxes; P107.2 billion in real property taxes; P43.9 billion in fees and charges; and P29.8 billion in receipts from operations of LGUs’ economic enterprises.

Due to the pandemic, the BLGF was analyzing the fiscal position of LGUs and if projected 2020 collections were still attainable, Alvina said.

To offset these delayed local tax payments, Alvina said: “LGUs will have to realign their budgets, use their savings/surplus if they have, and adopt austerity measures.”

“It’s only the local revenues that would be affected in case they will not be able to collect the remaining 50-60 percent collectibles for the second to fourth quarters. This will be felt significantly by urban LGUs that rely more on local revenues than national transfers. Borrowing is also an option, depending on LGU capacity, for urgent financing requirements,” Alvina added.

So far, Alvina said “it’s a case-to-case basis for now on how our local governments are coping” with the pandemic.

“It depends on the scale of their expenditure requirements due to COVID-19, and their fiscal position relative to their available funds from previous years/savings, the local disaster risk reduction and management fund (LDRRMF) and 20-percent IRA for 2020 that they could program for COVID-19, the Bayanihan grants they have received in April, receipts from other grants or donations if any, and other realignments they could introduce on their fiscal year 2020 budget. That’s why LGUs’ relief measures and strategies differ, and some can afford to give additional amelioration programs out of their own funds,” Alvina noted.

As such, a well-off city like Makati can afford to splurge on its citizens—it last week announced to give away P2.7 billion in aid to half a million residents.

First-class cities earn at least P400 million a year, while the lowest sixth class cities have average yearly incomes of below P80 million.

“Providing financial support to the most vulnerable and job opportunities for their constituents will go a long way to stimulate demand for goods and services, and thereby help hasten the bounce-back of their MSMEs [micro, small and medium-sized enterprises],” Dominguez said last week.