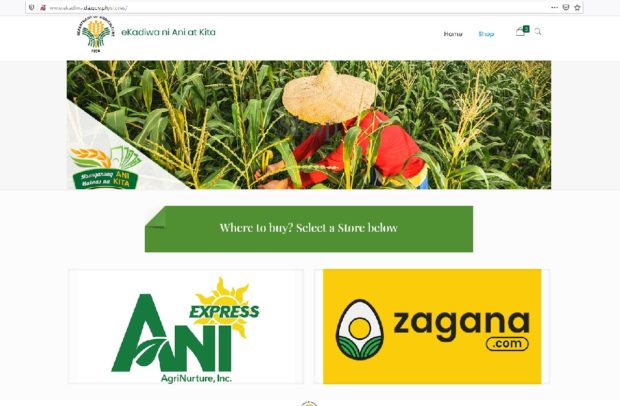 The Department of Agriculture’s eKadiwa platform has gained new supporters from the private sector as it continued to forge new partnerships this week.

On Friday, Agriculture Secretary William Dar announced the inclusion of six new merchants and two logistics providers in the eKadiwa system, which in turn would bring new agricultural items to consumers at a faster pace.

One of the biggest setbacks of the government’s new e-commerce platform is poor logistics as consumers would often have to wait days or weeks before the delivery of their produce.

This is expected to change following the participation of the country’s two most active two-wheel delivery operators in the country—Grab and Lalamove—in addition to eKadiwa’s primary partner, Mober.

“We believe that agriculture is the backbone of the Filipino community. To ensure that this backbone functions well, logistics play a critical role. We will be able to provide same-day logistics as we will incorporate eKadiwa under our own program, GrabMart,” Grab Philippines president Brian Cu said in a briefing.

Both Grab and Lalamove will offer special rates to consumers availing themselves of the services via eKadiwa, while bike riders will also enjoy incentives.

This will also expand payment options available for eKadiwa to cash on delivery, bank transfer, credit card, ewallet and GrabPay.

In addition, the agency has also included six new merchants in its online platform to complement other sellers like AgriNurture Inc., Zagana and Benjabi Seafoods.

These include Farmfetch Inc., whose main products are vegetables; Farmshare Prime Dairy Products from Laguna; Livegreen International Inc., which is known for distributing organic vegetables to major supermarkets in Metro Manila; canned products and condiments manufacturer Ram Food Products Inc.; Ablayan Trading, which represents fruit and vegetable growers in Benguet, and Banwa Farms, known for its indigenous and heirloom products like adlay rice.

Dar has assured the consuming public that the eKadiwa platform would carry on even with the lifting of lockdowns and added that the agency intended to expand its operations to other parts of the country once the system proved to be successful in Metro Manila.

“If we can offer agricultural products at reasonable prices and in good quality, people will not go to wet markets anymore,” Dar said. “This is also one way of teaching our farmers to become real agripreneurs. We have to give them access to untapped markets.”

According to the secretary, they have received 69 new applications from various agriculture players wanting to participate in the agency’s new digital marketing approach.