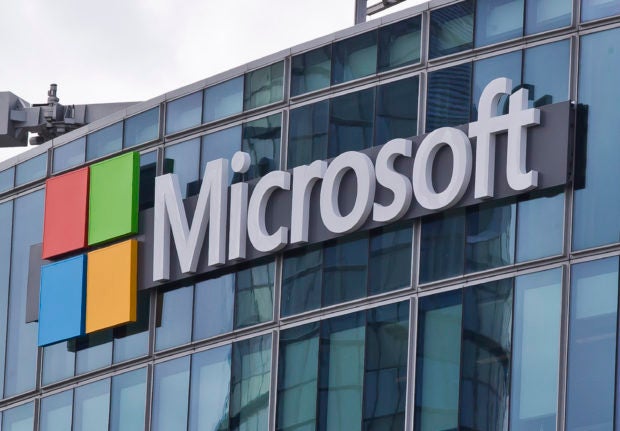 Ongoing demand for Microsoft’s cloud computing services helped soften the blow of the coronavirus pandemic on the software giant’s other products during the first three months of the year.

The company on Wednesday reported a fiscal third-quarter profit of $10.75 billion, up 22% from the same period last year. Net income of $1.40 per share beat Wall Street expectations of $1.27 a share.

It posted revenue of $35.02 billion in the January-March period, up 15% from last year. Analysts had been looking for revenue of $33.8 billion, according to FactSet.

Microsoft’s “intelligent cloud” business segment was its most successful during the quarter, accounting for $12.28 billion in revenue, up 27% from last year. That segment includes the Azure cloud computing platform, sales of which grew 59%, the company said.

Microsoft warned investors in late February that it was likely to take a significant revenue hit on the personal computing segment of its business because of the virus outbreak in China. At the time, supply chain problems were affecting its Windows licensing business and Microsoft-made Surface devices.

The Redmond, Washington, company on Wednesday, however, said that its revenue still ended up in the range of its original forecast because of a quick improvement in supply chains combined with increased demand for PCs by workers forced by the pandemic to work from home.

The pandemic cut into Microsoft’s advertising revenue for its LinkedIn jobs network and Bing search engine. But the company said it increased demand for other Microsoft services, including Xbox games and its workplace videoconferencing service known as Teams.

“We’ve seen two years’ worth of digital transformation in two months,” said CEO Satya Nadella in a written statement Wednesday. He added that the company’s cloud infrastructure and other services were helping its customers “adapt and stay open for business in a world of remote everything.”

Synovus analyst Dan Morgan said the Teams employee-communications service accounts for a fraction of Microsoft’s revenue but is part of its broader subscription strategy to get customers hooked on its suite of workplace software.

Microsoft said earlier in April it was “temporarily pausing recruitment” in some roles because of uncertainty around the pandemic, but still seeking talent in other disciplines. It didn’t specify which ones. CL /ra