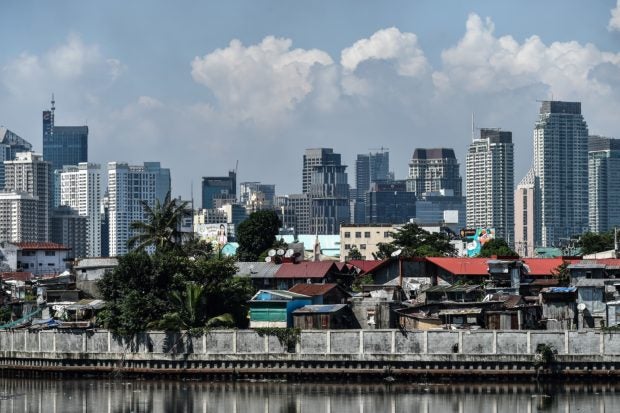 London-based Capital Economics on Thursday (April 16) said the Philippine government’s projections of flat growth or, in the worst case, contraction of as much as 1 percent in 2020 was “too optimistic” amid the COVID-19 pandemic and the lockdown in Luzon and other parts of the country.

“The outlook for growth has worsened considerably in recent weeks, as strict quarantine measures have been extended across most of the country,” said Alex Holmes, Capital Economics Asia economist, in a note to clients.

Holmes cited a statement by Finance Secretary Carlos G. Dominguez III that the Philippine economy could shrink by as much as 1 percent in 2020. “But we think the government is still too optimistic,” he said.

Capital Economics projected the Philippines’ GDP to contract by 4 percent this year.

“In addition to Thailand, the Philippines and Malaysia will experience the biggest falls in GDP this year,” said Holmes.

“Although GDP should rebound strongly in 2021, output is likely to remain significantly below its pre-crisis trend even at the end of the forecast period in 2022,” Capital Economics said in a separate report last Wednesday (April 15).

Capital Economics’ latest forecasts showed the Philippine economy would rebound with 12-percent growth in 2021 and 8-percent expansion in 2022.

Based on Capital Economics’ projections, headline inflation would ease to 1.7 percent this year—below the government’s 2-4 percent target range—before picking up to 2 percent in 2021 and a higher 3 percent in 2022.

It also said the Philippines and Indonesia would be “much less vulnerable” from a global slump in merchandise exports.

Capital Economics expects the Bangko Sentral ng Pilipinas (BSP) to step up monetary intervention to arrest economic pain—“we think it is only a matter of time before more easing is announced,” Holmes said.

Holmes was referring to the BSP’s surprise and emergency 50-basis points (bps) cut in the policy rate to 2.75 percent, announced on Thursday.

“With economic activity in the country collapsing, we doubt this will be the last move from the [BSP],” Holmes said.