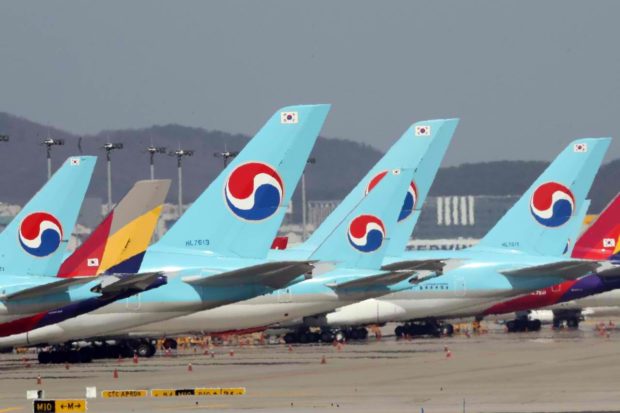 Last month, the Korea Development Bank (KDB) and the Export-Import Bank of Korea (Exim Bank) said they will inject 1.2 trillion won into the country’s top airline to help the company weather the impact of the COVID-19 outbreak.

The two lenders will extend a loan of 200 billion won to Korean Air for operating capital, purchase 700 billion won worth of securities backed by future cargo deliveries and buy the carrier’s 300 billion won in perpetual bonds convertible into stocks, a KDB official said.

If the lenders convert the perpetual bonds with no maturity date into Korean Air stocks, they will have a collective 10.8 percent stake in the carrier, he said.

As part of self-rescue efforts, Korean Air had 70 percent of its 20,000-strong workforce take paid leave for six months from April 16 and is in the process of selling non-core assets to secure cash.

Self-help measures under review include sales of non-core assets, such as buildings and land, according to the sources.

Local airlines have suspended most of their flights on international routes as an increasing number of countries have enacted entry restrictions amid virus fears.