Iran’s currency hits lowest value ever against the dollar 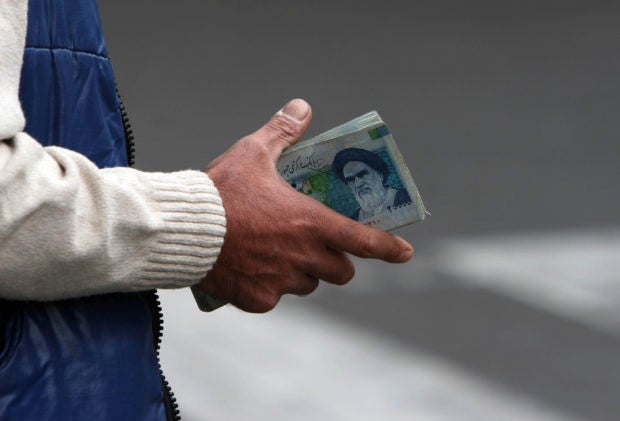 In this Thursday, Oct. 30, 2008 file photo, an Iranian money changer holds currency with Ayatollah Ruhollah Khomeini’s image in Tehran, Iran. Iran’s currency on Saturday, June 20, 2020, has dropped to its lowest value ever at 190,000 rials for each dollar amid severe U.S. sanctions against the country.(AP Photo/Hasan Sarbakhshian, File)

TEHRAN, Iran — Iran’s currency has dropped to its lowest value ever at 190,000 rials for each dollar amid severe U.S. sanctions against the country.

The Iranian currency has tumbled from a rate of 32,000 rials to $1 at the time of Tehran’s 2015 nuclear deal with world powers.

The rial unexpectedly rallied after President Donald Trump’s decision to withdraw the U.S. from the nuclear deal and reimpose crippling trade sanctions over two years ago.

Iran recently sent five tankers with at least $45.5 million worth of gasoline and similar products to Venezuela.

It was a way to bring money into its cash-starved Iran and put its own pressure on the U.S., which under Trump has pursued maximalist campaigns against both nations.