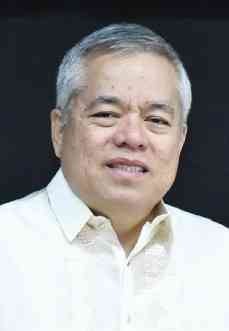 Investors pulled back from their usual aggressive pitch, as pledges received by the Board of Investors (BOI) in the first four months of the year dropped by more than 70 percent to P84.1 billion from P286.7 billion in the same period last year.

In a statement, Trade Secretary Ramon Lopez, who also chairs the BOI said: “The downturn is expected due to the COVID-19 pandemic whereby economic activities and investments are disrupted due to lockdowns around the world.”

Lopez said the national government was preparing the economy to bounce back, stressing however it had “demonstrated its resilience” since it only contrac­ted 0.2 percent in the first quarter.

The impact of the lockdown was felt beginning mid-March. The government closed nonessential businesses to stem the spread of the new coronavirus, which causes COVID-19.

The government sees a further contraction in the economy this year as Luzon, home to 60 million people, remains under a modified quarantine. The lockdown was eased beginning May 16 with a big chunk of the population going back to work to jump-start the economy.

Based on data from the BOI, the transportation and storage sector cornered P60.2 billion, accounting for 71 percent of the total investment figures. The rest went to real estate (P8.8 billion), manufacturing (P5.3 billion), power (P4.2 billion) and accommodation (P3.8 billion).

According to Trade Undersecretary and BOI Managing Head Ceferino Rodolfo, two projects are also in the pipeline, one of which costs P500 billion. He deferred from specifying the projects, but said they were “confident” these would push through.

“These projects are developmental, the kind that give support to our telecommunications and infrastructure projects. They said they see that this [pandemic] is just a momentary setback. At most, what’s happening to us will last from 2020 to 2021,” he said.

Lopez also thanked the business community for converting part of their manufacturing operations to make essential goods needed in the collective effort against COVID-19.

“For example, given the export bans imposed by other countries, we have been wor­king hard to increase local production of medical grade masks for our front-liners,” he said.

From 7 million masks prepandemic, most of which were for the export market, the country now has an “actual capacity level of close to 25 million masks for the domestic market,” he added.