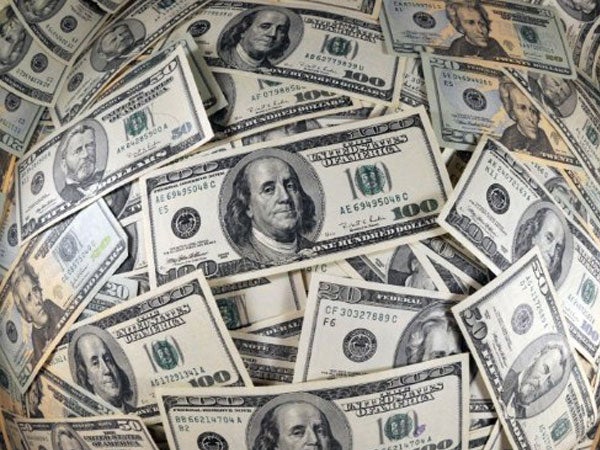 MANILA, Philippines — The Philippines’ dollar reserves inched up to another historic high in June thanks to inflows from the government’s overseas borrowings to fund its drive against the coronavirus pandemic, which outpaced its loan repayments.

The rising dollar reserves bode well for the strength of the peso also market watchers said that the central bank is not intervening to set the value of the peso.

“For the moment, the BSP is not busy defending the peso, with the currency one of the best performing in the region despite the projected drop off in overseas Filipino worker remittances,” ING Bank Manila senior economist Nicholas Mapa said.

“Meanwhile, a narrowing trade deficit has been positive for the peso and the external position although it may have medium-term implications on the growth trajectory,” he added. “Thus, BSP will continue to remain present in the market to smooth out any sharp fluctuations in the peso spot trading [market] and will likely look to build [dollar reserves] further.

The peso, he explained, will likely retain its strengthening bias as global central banks opening the taps to help combat the fallout from the pandemic.

The hefty level of dollar reserves represents an external liquidity buffer that can cushion the domestic economy against external shocks. Specifically, it ensures availability of foreign exchange to meet balance of payments financing needs, such as for payment of imports and debt service, in extreme conditions when there are no export earnings or foreign loans.

According to the central bank, the end-June 2020 dollar reserve level represents an ample external liquidity buffer, which is equivalent to 8.4 months’ worth of imports of goods and payments of services and primary income.

It is also worth 7.3 times the country’s short-term external debt based on original maturity and 4.8 times based on residual maturity.

Similarly, the net international reserves — which refers to the difference between the BSP’s dross dollar reserves and total short-term liabilities — increased by $50.2 million to $93.32 billion as of end-June 2020 from the end-May 2020 level of $93.27 billion.

Dollar reserves are viewed to be adequate if it can finance at least three months’ worth of the country’s imports of goods and payments of services and primary income, the central bank said.

At the same time, the level of dollar reserves, as of a particular period, is considered adequate if it provides at least 100 percent cover for the payment of the country’s foreign liabilities, public and private, falling due within the immediate twelve-month period.