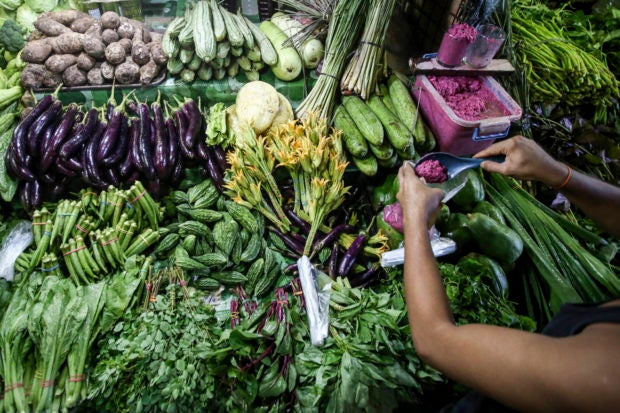 The country’s agriculture chief has assured consumers that the extension of the lockdown in the country would not affect food supply, noting that current inventories of basic food items were more than enough to cover demand the remainder of this year.

The problem is how to bring these commodities to areas that need them the most as food positioning must keep up with the mounting supplies of items such as poultry and vegetables before prices slump.

Except for the supply of pork that is enough to last until the middle of November this year, Agriculture Secretary William Dar reported that the excess rice supply for this year can still cover demand for 94 days into 2021; corn, up to 234 days; fish, for two days; vegetables, for six days, and chicken, up to 253 days.

Commercial hog raisers said there is an oversupply of pork in Visayas and Mindanao where cold-storage facilities were brimming with pork, which needed to be repositioned to meet demand in Metro Manila and other parts of Luzon.

For now, Dar said importation remained out of the question except for rice, which is also the only commodity with prices rising steadily.

The secretary added that the agency was working hard to sustain food security under the “new normal” in agriculture, wherein demand has been slowed down by the temporary closures and limited operations of industries that offer a ready market to local farmers and fisherfolk.

To address the glut in poultry, Dar said they have given grants to cooperatives that would like to engage in agribusiness so that they may directly sell their produce to consumers.

Agriculture Assistant Secretary Kristine Evangelista, who also heads the agency’s Kadiwa program, said that the challenge now was to boost local consumption of local produce so that surplus projections would not bring prices of agricultural commodities downward.

In remote areas, prices of fish have already gone down by more than half, while the average price of live broilers—or chickens raised for meat—was still below production cost.

Agricultural operations are expected to ease further following the Inter-Agency Task Force’s approval to fully reopen the sector as recommended by the DA.

Dar said this could finally jumpstart the Plant, Plant, Plant program, which would provide stakeholders logistics and technical support by offering free seeds and fertilizers, among others.