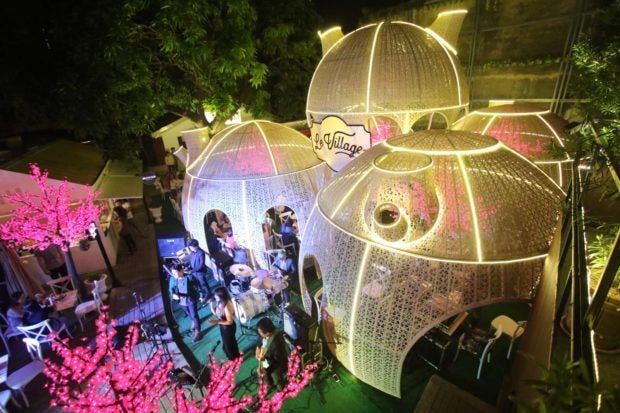 Leading kiosk operator Fruitas Holdings Inc. has reopened its Le Village Lifestyle Food Park along E. Rodriguez Sr. Avenue in Quezon City for takeout and delivery options, becoming the first and only food park in the metropolis to resume operations during the enhanced community quarantine (ECQ).

This is part of Fruitas’ plan to hit 100 operational stores in the first full week of May, Fruitas disclosed to the Philippine Stock Exchange on Monday.

The food and beverage outlets that are open in the 1,600-square meter food park initially include Fruitas’ own brands such as: Sabroso Lechon, Kuxina, Heat Stroke Grill, SHOU La Mien Hand-Pulled Noodles, Munifico Pizzeria, Tea Rex, 7,107 Halo Halo Islands and The Pub. In the case of The Pub, it so far offers only non-alcoholic beverages, in line with the liquor ban in Quezon City during the ECQ period.

“We are encouraged by the positive reception of our reopened stores, with several stores already reverting to pre-quarantine sales levels. We look forward to reopening a significant majority of our stores to fulfill Filipinos’ demand for fresh and healthy products,” Fruitas president and chief executive officer Lester Yu said.

The company plans to reopen more stores both in Metro Manila and the provinces. The stores to be reopened will also include some of the 80 stores in regions which have already shifted to more relaxed rules under general community quarantine (GCQ) as of May 1.

Asked when will Fruitas’ second food park, UNO Cinquenta (in Sikatuna Village, Quezon City) will reopen, Yu said it would likely be once Metro Manila has transitioned to GCQ.

The strategy is to first open kiosks located in supermarkets in areas where the ECQ is in place, as well as in regions that are now in GCQ like Aklan and Northern Mindanao, he said.