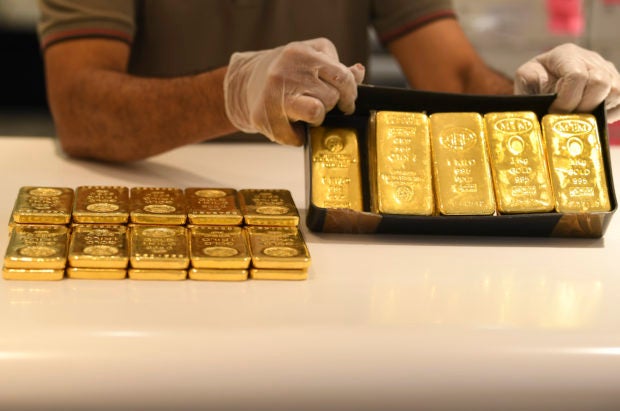 The Philippines’ dollar millionaires are bracing for the prolonged impact of the new coronavirus disease (COVID-19) pandemic by moving their money not into stocks or bonds, but into a more traditional investment—gold reserves.

According to J. Rotbart & Co., a Hong Kong-based firm specializing in trading precious metals which set up shop in the country last year, a handful of the world’s wealthiest—Filipinos included—are now opting to buy and sell the precious yellow metal to protect their wealth as the pandemic continues to change the global landscape.

The company’s managing partner, Joshua Rotbart, said that unlike monetary investments, the value of gold and other metals like silver and palladium are adjustable to inflation and uninfluenced by geopolitical tensions—making it a viable alternative for the world’s rich to keep “safety money” on the side.

As global wealth continues to grow—however concentrated to only a few—the trend of purchasing gold is now moving into dollar millionaires.

“There are over 20,000 dollar millionaires in the Philippines today, and the demand for our services has been growing in the country,” Rotbart said.

“A lot of our clients from the Philippines have been asking us to operate here … and it’s a good opportunity given that the country’s economy is doing better, people are getting wealthier, private banks are getting bigger, and foreign banks are starting to come in.”

Since the boutique firm set up shop in the Philippines in January last year, Rotbart said the country’s superrich contributed 20 percent to its global transactions for the first quarter of 2019, or roughly $10 million given that the company trades $200 million annually—this, despite Filipinos only making up less than 1 percent of the company’s entire clientele.

Zvika Rotbart, who handles the firm’s operations in Southeast Asia, said, “We see many more clients in general, including the Philippines.”

“Many of our investors are senior executives, bankers and entrepreneurs. We experienced 25-percent increase in trading volumes in [the first quarter, year on year], and Philippines-based clients are still around 20 percent of our client base,” he said.

Zvika also pointed out that “investors globally are deeply concerned with the unfolding financial and geopolitical crisis, and are taking proactive measures to diversify and protect their portfolio.”

Rotbart’s stories of the “crazy rich” include a Filipino requesting to put gold reserves in every international city his family lives in. Another sought to have his unregistered gold bars in the company’s safekeeping, which the company declined.

As with most clubs catering to the elite, J. Rotbart & Co. is exclusive to those who have a minimum wealth portfolio of $1 million.

But as its founder likes to put it, “it’s not the number of clients that matters in this business, but the quality of their investments.”

Rocky Dimaculangan, vice president for communications of the Chamber of Mines of the Philippines, said prices of base metals like copper and nickel have gone down due to the slowdown in global economic activity. But not gold.

“The price of gold, the go-to commodity during times of economic crisis, has increased,” Dimaculangan said.

Philex Mining Corp., which operates a gold-copper mine site in Benguet province, saw a 16-percent increase in its revenue to P1.71 billion in the first quarter, mainly due to favorable gold prices.

While the gold bug is not new, Rotbart said central banks and wealthy families all over the world were increasingly investing in precious metals as a “physical product” rather than as a financial instrument.

The trend is seen to continue in emerging markets like the Philippines, especially as the pandemic’s adverse impact is expected to persist.

Data from the Mines and Geosciences Bureau show that gold is beginning to make a comeback after surpassing nickel as the biggest contributor to the industry’s production value.

For the first quarter of the year, gold led with an impressive share of 43 percent or P10.66 billion of total production value, which was pegged at P24.86 billion.

The upbeat price of the yellow metal sustained the metal’s share even when local gold production declined by 27 percent the previous year. Prices went up to $1,585 per troy ounce from $1,304 per troy ounce in 2019.

Joshua Rotbart pointed out the need to increase market education in the country and ease certain regulations when it comes to investments.

These, he said, would bring more luster to the country’s economy.