Fate of 420,000 workers on the line amid PH airline industry’s grounding 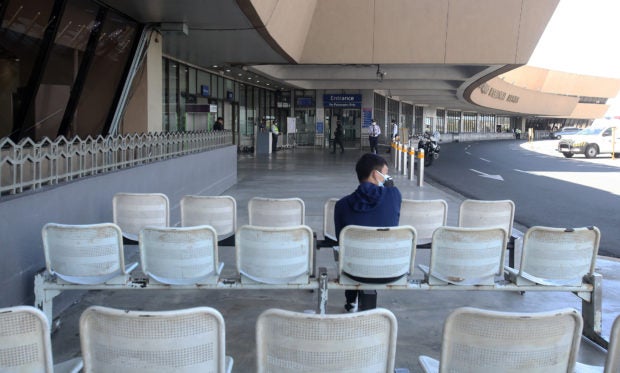 Close to 420,000 jobs in the Philippines are at risk even if demand for flying—now largely decima­ted by the new coronavirus disease (COVID-19)—starts to recover in the second half of 2020, according to the International Air Transport Association (Iata).

The bleak outlook comes as governments around the world remain unsure when restrictions that were placed to halt the spread of COVID-19 will be lifted.

Iata, the trade group of the world’s airlines, said the Philippines could see job losses of 419,800 in the air transport and tourism sectors as passenger demand falls 36 percent this year, resulting in a $3.75-billion hit to the country’s gross domestic product (GDP).

“This is based on a scenario where severe restrictions on tra­vel are lifted after three months, followed by gradual recovery,” Iata said in its statement Friday.

The figures represent about 21.88 million passengers and revenue losses of $3.5 billion for local carriers, such as Philippine Airlines (PAL), Cebu Pacific and AirAsia Philippines.

“While each country will see varying impact on passenger demand, the net result is the same—their airlines are fighting for survival, they are facing a liquidity crisis, and they will need financial relief urgently to sustain their businesses through this volatile situation,” Conrad Clifford, Iata’s regional vice president for Asia-Pacific, said in the statement.

India, one of the world’s most populous countries, would take the lead in terms of job losses during this period, affecting 2.25 million workers, Iata noted. Other Asia-Pacific countries facing massive layoffs are Thailand (1.66 million jobs), Indonesia (1.57 million jobs) and Vietnam (749,700 jobs).

Japan takes the biggest blow in terms of GDP with a decline of $34.96 billion and job losses of 448,600. Japan’s travel industry is estimated to slow 38 percent, equivalent to 71.57 million passengers.

With revenue streams gone and refund payouts amounting to $35 billion, Iata said the industry’s cash position could deteriorate by $61 billion in the second quarter of 2020. Total revenue losses, meanwhile, could hit $88 billion for the year.

The Air Carriers Association of the Philippines (Acap) said the monthlong enhanced community quarantine in Luzon that has grounded all passenger operations already affected 30,000 flights or five million passengers.

“Governments need to ensure that airlines have sufficient cash flow to tide them over this period, by providing direct financial support, facilitating loans, loan guarantees and support for the corporate bond market,” Clifford said.

“Taxes, levies and airport and aeronautical charges for the industry should also be fully or partially waived,” he added. “They need to act now, and urgently, before it is too late.”

Acap last March 25 asked the Philippine government for emergency loans and debt guarantees to help prevent their businesses from collapsing.

Cebu Pacific’s ground handling provider, 1Aviation Groundhandling Services Corp., said it would lay off 400 probationary workers, or 8 percent of its employees, due to the travel restrictions. This came after PAL and Cebu Pacific reduced nearly 500 jobs over the past two months.