Expat Filipinos’ dollar remittances still up ahead of COVID-19 outbreak 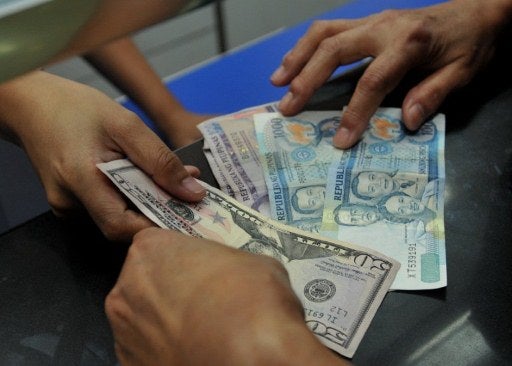 Dollar remittances of expatriate Filipinos continued to rise in February just as the COVID-19 pandemic was starting to spread around the world, data from the central bank showed, though it remained to be seen if this could be sustained in the coming months.

According to the Bangko Sentral ng Pilipinas (BSP), personal remittances from overseas Filipino workers amounted to $2.62 billion in February 2020, which was higher by 2.6 percent from $2.56 billion recorded in the same month in 2019.

On a year-to-date basis, remittances for the first two months of 2020 grew by 5 percent to $5.566 billion from $5.302 billion recorded in the same period last year.

The central bank said personal remittances from land-based workers with work contracts of one year or more rose to $2 billion, or 3.5 percent higher than $1.9 billion recorded in February 2019.

Remittances from sea-based workers and land-based workers with work contracts of less than one year declined by 0.9 percent to $0.56 billion from $0.57 billion from a year ago, likely due to the slowdown in business activity that displaced short-term workers as the COVID-19 outbreak was beginning to unfold.

The central bank defines “personal remittances” as the sum of net compensation of employees (that is, gross earnings of overseas Filipino workers with work contracts of less than one year, including all sea-based workers, less taxes, social contributions, and transportation and travel expenditures in their host countries), personal transfers (all current transfers in cash or in kind by expatriate workers with work contracts of one year or more as well as other household-to-household transfers between Filipinos who have migrated abroad and their families in the Philippines) and capital transfers between households (that is, the provision of resources for capital formation purposes, such as for construction of residential houses, between resident and non-resident households without anything of economic value being supplied in return).

For the January-February 2020 period, cash remittances amounted to $5 billion, representing an increase of 4.6 percent from the $4.8 billion registered in the same period in 2019.

The combined remittances from these countries accounted for 79.4 percent of total cash remittances.