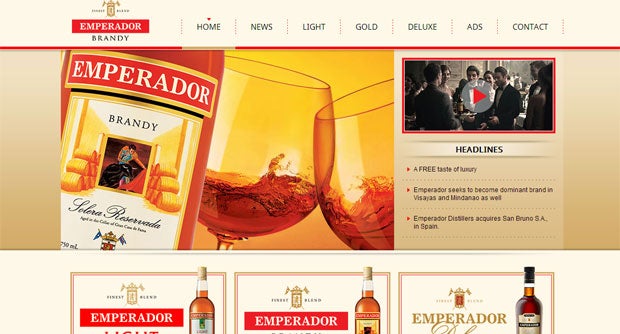 Tycoon Andrew Tan-led Emperador Inc. grew its recurring net profit last year by 5 percent to P7 billion on the bank of growing consumer preference for premium liquor alongside the expansion of the group’s footprint across global markets.

“Last year’s stellar performance is a continued testament to our ‘premiumization’ and globalization strategy for our renowned brandy and whisky products ranging from mainstream to luxury sold in over 100 countries,” Emperador president Winston Co said.

The company reported that 2019 was another excellent year for the Scotch whisky segment, with the business growing in every major region of the world. Asia remained a strong driver of growth, supported by robust business across Europe and North America.

Fundador Brandy last year continued to expand around the world, especially in the United Kingdom and Asia, the disclosure said.

In the local market, Co said: “Emperador brandy remained at the helm of local liquor across the country particularly in key metro cities, while we strategically engaged in product innovations in response to the ever-changing consumer taste and preference.”

Meanwhile, the company extended its share buyback that began in May 2017 for another 12 months ending on May 16, 2021. To date, roughly 322 million shares have been repurchased from the open market, amoun­ting to around P2.2 billion.