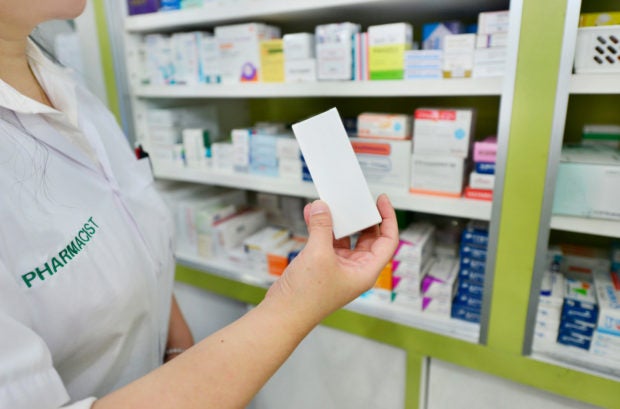 A group of pharmaceutical companies wants the government to temporarily set aside a price ceiling that had cut the retail prices of certain drugs, citing the impact the pandemic made on production costs.

The Pharmaceutical and Healthcare Association of the Philippines (PHAP) said on Friday that the global competition for supplies, logistical challenges and stockpiling of drugs have all resulted to unexpected costs on the industry.

PHAP, which represents the research-based pharmaceutical and health care sector in the country, wants the government to defer the maximum retail price (MRP) that had taken effect on June 2.

Moreover, they want the policy to be deferred “until such time that the industry and economy recover from the pandemic,” PHAP executive director Teodoro Padilla said in an email on Friday.

Malacañang approved the MRP in February this year under Executive Order No. 104, which covered 133 drug formulations.

The drugs were selected based on certain criteria such as leading causes of morbidity and mortality, lack of generic counterparts as well as medicines that are sold at a higher price here in the Philippines than in other countries.

In a statement last June 2, the Department of Health (DOH) said that the EO mandated the 50-percent reduction in the prices of medicines for top burden diseases such as hypertension, diabetes, breast, colorectal and lung cancers.

For example, the DOH said that a diabetic patient on daily insulin glulisine needed to spend P818.75 per prefilled pen before the MRP took effect. Now, the retail price would drop to P435.18.

PHAP, however, said in a statement on Friday that the government and the industry could explore other options instead such as price negotiations “so as not to further aggravate the setbacks that many companies like ours have endured these past months.”

“From keeping manufacturing plants, warehouses and retail stores open to chartering flights, the pharmaceutical and health care industry has taken and absorbed significant increase in expenses to the fullest extent possible, with deliberate and conscious effort to prevent prices from surging,” PHAP said.

“Together with other industry associations, retail groups and professional organizations, we had hoped that the government would consider deferring implementation of Executive Order 104, in light of the pandemic’s impact to the pharmaceutical and health care industry,” the group said.

PHAP, whose member companies include Pfizer, GlaxoSmithKline, Mercury Drug and Watsons, said last May that the price cuts under MRP would lead to a P57-billion drop in industry revenues as well as P28-billion loss in government revenues such as duties and value-added tax.