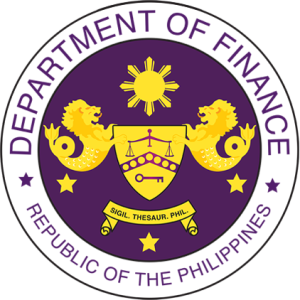 MANILA, Philippines — Contrary to “fake news” spreading around which even name-dropped President Rodrigo Duterte, the Philippine government is not enjoining all Filipino citizens to invest in cryptocurrencies, the Department of Finance (DOF) warned on Tuesday.

In a statement, the DOF noted of misinformation that the Philippines was supposedly putting up a platform “to start generating income with cryptocurrency.”

“There is no such effort by the government,” DOF Assistant Secretary and spokesperson Antonio Joselito G. Lambino II said.

“Peddlers of such fake news have alleged in an article that the government has created a platform called Bitcoin Lifestyle and that President Duterte is urging all citizens of Philippines to learn about Bitcoin Lifestyle quickly to get involved,” the DOF said.

“We categorically deny that there is such a move, and warn the public against potentially harmful financial transactions with those behind the article,” Lambino said.

“The fake news also suggested that the government of Philippines asserts that tax revenues (from Bitcoin Lifestyle) will be huge and will benefit all citizens, and most of it will go to the financing of the Philippines’ retirement and to counteract the crisis of learning support services,” according to the DOF.

“This is false. We urge the public to exercise caution in their investments, and to keep their expectations of returns realistic,” according to Lambino.

“We warn unscrupulous individuals and groups attempting to lure the public into unauthorized and deceptive investment schemes that the government is monitoring the public space for such schemes, and will take appropriate legal and regulatory action,” Lambino added, urging to report such investment scams to the Securities and Exchange Commission (SEC).

The Washington-based International Monetary Fund (IMF) earlier reported that the Philippines “may become an important market for cryptoassets” as it continued to attract more new virtual currency exchanges (VCEs).

According to an Organization for Economic Cooperation and Development (OECD) report titled “Cryptoassets in Asia: Consumer attitudes, behaviors and experiences” published last December, a majority of Filipinos had been aware of cryptocurrencies even as actual holdings remained low due to perceived risks from these digital assets.