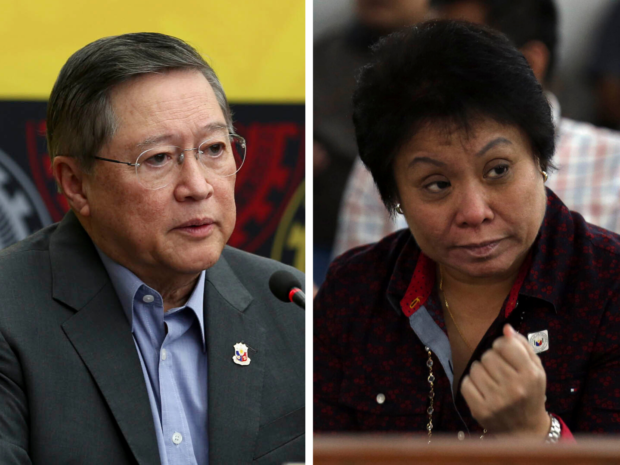 The Department of Finance (DOF) did not buckle to calls not to force online sellers to register with the Bureau of Internal Revenue (BIR) and pay taxes while the country is battling the new coronavirus diseases (COVID-19) pandemic.

An official of the DOF on Friday said the government wanted these businesses to be registered so that they would be included in the formal economy before they are compelled to pay the right taxes.

The BIR is one of the revenue-generating agencies under the DOF.

Its June 1 Revenue Memorandum Circular (RMC) No. 60-2020 setting a July 31 deadline for all online sellers to register and pay their taxes triggered protests from small internet entrepreneurs and several lawmakers who said the agency was burdening rather than helping people who were trying to cope with the economic crisis caused by the pandemic.

But Finance Undersecretary Antonette Tionko said “the goal of this project is not to go after online merchants for unreported sales or unpaid taxes.”

“We just want to encourage those who are engaged in online businesses to register with the BIR,” Tionko, head of the DOF’s revenue operations group, said on Friday.

“Online transactions have increased for quite some time now, especially during the community quarantine period. That’s why we want to take this opportunity to remind them to register their businesses,” Tionko said.

She did not say whether the tax payments would be postponed.

Officials defended the BIR’s move as a means to raise more revenue to fund efforts to contain the pandemic.

Several senators, however, said that instead of cracking the whip against these small businessmen, the BIR should focus on large tax evaders, particularly Philippine offshore gaming operators, who owe the government tens of billions of pesos in taxes.

The DOF explained that the BIR order also is part of the government’s efforts to establish a tax collection for digital transactions.

Last month, Finance Secretary Carlos Dominguez III said the DOF was studying a bill that had been filed by Albay Rep. Joey Salceda to impose taxes on video and music streaming, online shopping sites, as well as advertisements on social media.

Dominguez said the DOF was “very carefully” looking into parts of the “digital economy” that should be taxed.

He said Salceda’s bill was aimed at ways to include digital purchases into the value-added tax (VAT) base and how profits made by digital companies could be absorbed into the corporate tax system.

“We are studying how best these goals can be achieved, considering the transnational nature of most of these transactions,” Dominguez said.

He said the bill would not create new taxes or increase current tax rates as Salceda only wanted to expand the revenue base.

“Ultimately, having a clear and efficient tax regime for the digital economy will be critical, as more and more taxable transactions shift from traditional means of doing business to more virtual avenues, a trend accelerated by COVID-19,” Dominguez said in May.

“Taxation in the digital economy is being seriously considered not just in the Philippines but in other countries as well,” he said.

He cited Indonesia, which is taking steps to bring the digital economy into its tax base, and Singapore and Malaysia, which had already covered some digital services in their sales tax bases.

Dominguez noted that the United States had protested against these new digital taxes, saying they were meant to target its homegrown tech giants.

He said some countries had started to impose digital service taxes even before they could agree on how to “reallocate income taxation rights on cross-border digital transactions.”

“Once an international agreement is reached, we will immediately study and propose tax reforms to capture income tax on cross-border digital transactions,” he said.

The Philippines for the moment is focusing on collecting VAT on both local and cross-border digital transactions, similar to what is being done by its partners nation in the Association of Southeast Asian Nations, according to Dominguez.

The DOF and the BIR are crafting regulations and designing a system to effectively collect VAT on digital transactions, he said.

As such, online shopping or retailing, intermediary services, advertisements and classified ads, as well as auctions were taxable, according to the BIR.

Henares said that like other business establishments, persons who conduct online transactions and their “permutations” were obligated to register, secure authority to print invoices or receipts and register books of accounts.

These businesses should also withhold the required taxes, including on their employees’ compensation, file tax returns and submit other tax compliance reports.

The BIR warned that those engaged in internet commerce who failed to comply with tax laws, rules and regulations would be penalized under existing laws, including the Tax Code.

As the economy faltered, the BIR’s tax take from January to April dropped 20.5 percent year-on-year to P559.3 billion. Collections slid 61.6 percent to P90.5 billion just for the month of April.

Historically, the BIR’s collection surges in April, as filing and tax payments are mandated by the Tax Code to be done by April 15.

Due to the COVID-19 pandemic, the BIR moved the deadline for submitting income tax returns three times before finally settling on June 14, as the government prolonged the quarantine which was imposed in mid-March.