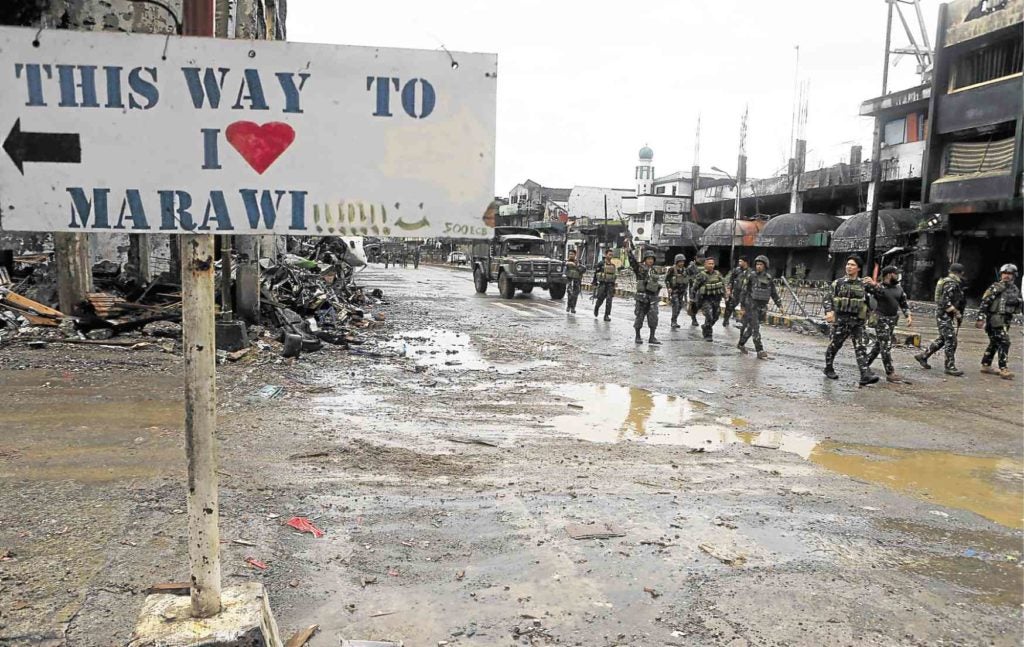 The Department of Budget and Management (DBM) in April released a total of P3.57 billion for projects, including mass housing, that formed part of the rehabilitation and reconstruction of war-torn Marawi City.

The newly formed Bangsomoro Autonomous Region in Muslim Mindanao’s (BARMM) Ministry of Agriculture, Fisheries and Agrarian Reform (Mafar) was issued two Saros: the first one on April 20 for five projects—covering inland fish farming, abaca production and processing, as well as Islamic microfinance, among others—worth a total of P30 million.

The other Saro released to the BARMM-Mafar covered two projects worth a combined P15.2 million to disperse livestock poultry and establish a crop demonstration farm.

On April 6, the DBM released to the Mindanao State University (MSU) P20.9 million to build a 1,500-linear meter perimeter fence.

Also on April 13, two Saros were issued to the state-run Local Water Utilities Administration (LWUA) for P555.4 million for a sewerage treatment plant and P211.2 million for bulk water supply, both in Marawi’s “most affected area.”

For its part, the Philippine National Police (PNP) was issued last April 7 two Saros to build a P12.3-million tourist police unit building as well as a P36.3-million maritime building in the most affected area.

Last year’s MRRRP covered by the annual National Disaster Risk Reduction and Management Fund (NDRRMF) will expire by yearend given the two-year validity of the 2019 appropriations.

As for this year’s P3.5-billion MRRRP, a total of P222.1 million was released by the DBM in April, as follows: P20.3 million to the Department of Trade and Industry (DTI) for “starter kits” to be given away to internally displaced persons; P46.1 million to BARMM-Mafar for seven projects, including establishment of pasture area, solar power irrigation system, abaca nursery, goat and native chicken multiplier farm, and trading post/food terminal, as well as provision of seed and planting materials; and P155.8 million to the state-run Social Housing Finance Corp. (SHFC) “to initiate the site development phase of the Marawi shelter project that would serve as the permanent shelter for displaced families of the Marawi siege.”

As such, the 2020 MRRRP had a remaining balance of P3.28 billion, of which some amounts were already earmarked for a number of projects in the pipeline.

All NDRRMF releases for the MRRRP were subject for final approval by the President, upon recommendation of the interagency National Disaster Risk Reduction and Management Council (NDRRMC).

To recall, P406.5 million in NDRRMF allocation for MRRRP under the 2018 budget lapsed its two-year validity last year due to slow approval of projects.