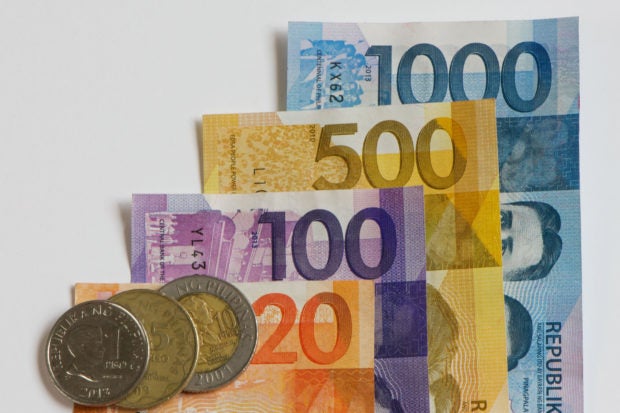 MANILA, Philippines — The Department of Budget and Management (DBM) has ordered agencies to align programs and projects under the proposed P4.335-trillion cash budget for 2021 to the “new normal” amid the COVID-19 pandemic.

“In view of the limited fiscal space, the entire budget for the fiscal year 2021 will need to be reviewed and reprioritized towards containing the spread and mitigating the effects of the COVID-19 virus, absent a vaccine; restarting the economy to be able to create jobs and attract investments; and transitioning to the ‘new normal’ environment post-pandemic as outlined in the National Economic and Development Authority’s (Neda) report ‘We Recover as One.’ The goal is to save lives and protect communities while making the different sectors of the economy stronger and more agile,” Budget Secretary Wendel E. Avisado said in National Budget Memorandum No. 136 issued on May 21.

DBM had set next year’s cash appropriations at P4.335 trillion, equivalent to 20.3 percent of gross domestic product (GDP) and 5.7-percent higher than this year’s P4.1-trillion budget.

Avisado said the 2021 budget proposal “included the estimated P318.5-billion obligations that will be paid in the succeeding year—this is treated as part of the cash-based budget since implementing agencies need to obligate them during the fiscal year but pay during the first quarter under the extended payment period [as] the actual cash requirements are included in the disbursement program for the next fiscal year.”

“Of the [proposed 2021] budget level, around 40.7 percent or P1.767 trillion is earmarked for the cost of ongoing programs and projects in tier one (forward estimates). Automatic appropriations and special purpose funds will account for another P1.726 trillion or 39.8 percent of the budget. This leaves a fiscal space of P841.7 billion for expanded and new programs and projects for tier two. Because of this very tight fiscal space, the prioritization of health care and food production, and the discontinuance of programs no longer in line with the ‘new normal,’ tier-one budget allocations will need to be reviewed and reprioritized,” Avisado said.

Citing Neda’s recommendations, Avisado said next year’s priority programs included health systems improvement in order to “strengthen the country’s capacity to address the COVID-19 pandemic, including the purchase of vaccine.”

The other top priorities for 2021 were food security, digitalization of the government and the economy, as well as the promotion of the “Balik Probinsya Program”—“these shall ensure a healthy population, a more agile workforce, and business resiliency,” Avisado said.

Likewise, Avisado said that “as a transition towards the implementation of the Supreme Court decision on the Mandanas-Garcia petition starting fiscal year 2022, agency programs shall be reviewed, reduced by at least half in the aggregate, and devolved to the LGUs that are evaluated to have sufficient resources and capacities.”

“Agencies implementing functions and services for devolution shall include in their budget proposals the funding requirements for capacitating their agencies and said LGUs to deliver the devolved services under agency supervision and/or monitoring,” Avisado added.

The Supreme Court had ruled that local government units’ (LGUs) internal revenue allotment (IRA) shares must come from 40 percent of collections of “all” national taxes or including collections from import duties and other levies by the Bureau of Customs (BOC), and not just from national internal revenue taxes collected by the Bureau of Internal Revenue (BIR) as being done at present.

Economic managers had warned that implementation of this Supreme Court ruling could “create a fiscal problem” as it would result in an “unmanageable budget deficit.”

As such, the economic team had proposed to pass on additional costs to LGUs, including spending on agriculture, education, healthcare, and infrastructure such as roads.

As for implementation-ready tier-two or new high-priority programs, activities, and projects under the “new normal,” Avisado said “importance will be given to infrastructure projects that will promote better health services, ease of transportation and mobility of essential goods, as well as IT infrastructure that will lead to the establishment of an ICT-enabled government.”

“With the continuing shift to cash budgeting, the tier-two proposals shall be limited to the programs/activities/projects or goods and services that are to be delivered and paid within the year.

Accordingly, the intended appropriations for these proposals shall only pertain to the cash requirements to be fully disbursed within the fiscal year, including their impact to the two out-years,” Avisado said.