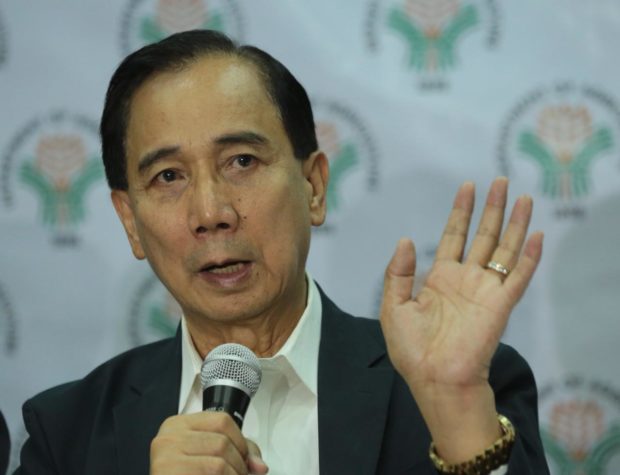 The decision was made by the Vietnamese government to ensure sufficient domestic supplies during the new coronavirus pandemic.

In an interview with the Inquirer, Agriculture Secretary William Dar said the country has enough stocks. Including the supply from this season’s dry harvest, the inventory should last the country until June.

Data from the Philippine Statistics Authority also showed the country’s rice inventory is estimated to reach 2.66 million metric tons (MT) by the end of the first quarter, or equivalent to 75 days. Filipinos consume 35,369 MT daily on average, or about 1.2 million MT a month.

“With harvest already coming in, along with the steady arrival of imported rice, we expect no shortage of the staple during the duration of the enhanced community quarantine … prices are also stable,” Dar said.

Last year, 89 percent of the country’s imported stocks came from Vietnam. The rest came from Thailand, Myanmar, Pakistan and India.

Data from the Bureau of Plant Industry also showed that, as of March, there were about 492,000 MT of rice that arrived in the country, 409,000 MT of which came from Vietnam.

“It’s a concern that we are putting on the radar screen … there are other sources in and out of Asean,” the secretary said during the agency’s price monitoring report on Thursday.

Each year, the country targets a certain volume that it wants to import. Of this target, the DA estimates the country’s rice inadequacy, or the volume it still needs to import, at 1.1 million MT. This is equivalent to almost a month’s consumption.

Moving forward, Dar said they were considering early planting in most areas, particularly in the Cagayan Valley and Central Luzon regions by the third quarter of the year. The agency would also expand the list of areas covered by the rice competitiveness enhancement fund and promote the use of hybrid seeds to boost productivity.

The Department of Agriculture has also requested an additional P7 billion for the National Food Authority’s local palay procurement operations.

“We’re trying our best to cover all areas and concerns to ensure that Filipinos will have a stable supply of rice and other agricultural commodities,” he said.