Coping with COVID-19: Japanese firms step up amid shortage of medical supplies 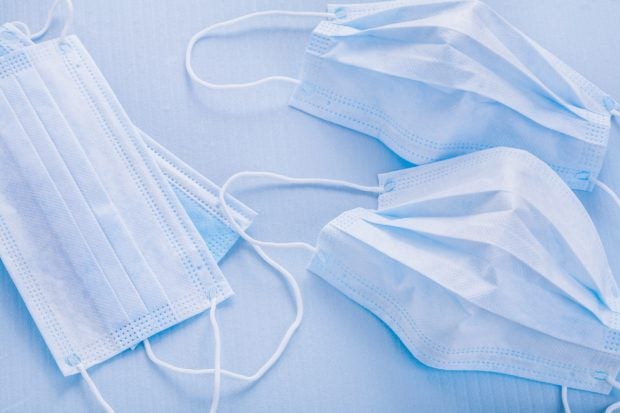 TOKYO — Major Japanese companies that have had their bread-and-butter businesses disrupted by the Covid-19 pandemic are responding to calls for an “All Japan” effort to overcome the crisis.

Japan’s struggles to secure sufficient face shields, masks, medical gowns, hand sanitizers and ventilators for its front-line healthcare workers have prompted donations from places such as Jordan, Taiwan and Vietnam, while domestic firms are also stepping up to the plate.

Sony, Shiseido, Suntory and Toyota are among the major names that have converted their production lines and branched out into new fields to help ease the shortage of supplies for combating the virus.

Meanwhile, the government is pondering an exit strategy from its ongoing state of emergency, which has been criticized as relaxed but has proven successful in curbing the spread of infections without introducing criminal penalties.

There were just 96 cases nationwide on Thursday (May 7), the first time the figure has fallen below 100 since March 30. Another 96 new cases were recorded on Saturday (May 9), bringing the total to 15,759.

Prime Minister Shinzo Abe’s government, which came under fire for its haphazard measures at the onset of the crisis, is not letting its guard down. He has said sorry to medical workers for the insufficient equipment.

A key priority of the exit strategy, senior assistant minister for global health Yasuyuki Sahara told a news briefing on Friday, will be to “establish a system that can quickly respond to a surge in infections”.

Mr Abe, in urging domestic manufacturers to do their bit last month, has vowed the government will buy the excess for its reserve stockpile.

Sony said on Friday it has begun manufacturing medical face shields, and aims to donate 40,000 sets from the middle of this month.

It added that it will help to produce ventilators that are developed and designed by Japanese medical device maker Acoma.

Mass production will begin in July at its medical equipment plant in Shizuoka prefecture and digital camera factory in Aichi prefecture, with 500 units to be made by the end of September.

Mitsubishi Motors and Toyota are among the car makers to have begun manufacturing face shields for donation to hospitals.

Toyota said it has expanded its production capacity by 20 times, from an initial 2,000 face shields a month to 40,000, and will further ramp up its monthly capacity to 70,000 shields .

It has also donated vehicles to ferry Covid-19 patients with mild symptoms to hotels for quarantine.

Mitsubishi Motors said last month it was producing about 1,500 face shields a month, which it planned to increase, while also manufacturing products like face masks.

Textile maker Teijin has begun producing medical gowns, with plans to supply 9 million to healthcare institutions by next month.

Synthetic fibre maker Toray, whose materials can be found in Uniqlo clothing, is increasing production of protective gear and fabric for disposable medical masks.

Cosmetics maker Shiseido last month branched out into making hand sanitizer, with the aim of producing 100,000 liters – or 200,000 bottles – a month.

Kao, a manufacturer of personal hygiene products, has ramped up its disinfectant production capacity by more than 20 times above usual levels, the Nikkei newspaper quoted its President Michitaka Sawada saying.

Fast Retailing, the parent company of Uniqlo, said that by this month, it will donate 200,000 isolation gowns and one million masks to medical institutions.