CEO earns $1.6 million in 8 days, gives it to employees 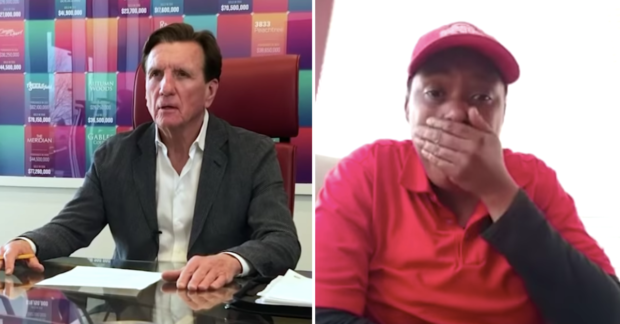 A CEO from Ohio, United States played the stock market and earned $1.6 million (P80.9 million) in eight days — then split it among his employees.

Larry Connor, founder and CEO of the Connor Group, a real estate investment firm, surprised personnel over video call when he told them his earnings would be given to them, the Cincinnati Enquirer via The Tennessean reported on April 30.

“I started to think about probably our most important core values: ‘Do the right thing and people count’,” he said in a video last April 22. “I’m taking the entire $1.6 million and dividing it up among all of you. In my view, this is not a gift. You have earned it.”

Some employees were in wide-eyed in disbelief, others emotional at Connor’s decision.

The company has about 400 employees referred to as “associates,” and those who are entitled to receive the bonus are non-highly-compensated associates who were in the firm before March 1. These include maintenance workers, property managers and trainers.

Pedro Ducos-Vazquez, who was part of the video conference, expressed his appreciation through the report: “Six thousand dollars. This is something you don’t get every day.”

“It just blew mind, I was so happy and I’m glad that I work for a company like this,” he added.

He also praised Connor, who has been managing the company since 1991.

“He is not just saying company things to motivate you,” he was quoted as saying. “He lives our company’s circle of values. He leads by example.” Niña V. Guno/JB

WATCH: Company surprises employees with over P500 million in bonuses

Good news for Facebook employees: Everyone gets a $1,000 bonus