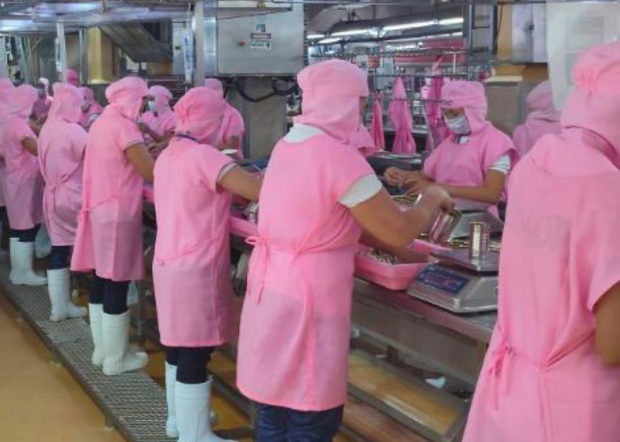 Leading canned food producer Century Pacific Foods Inc. (CNPF) – one of the few business groups that are booming during this coronavirus pandemic – is front-loading its expansion program while plotting to double its business anew in the next five years.

Given heightened demand for its products at this time that home cooking has become prevalent due to lockdown protocols, CNPF expects to grow its earnings this 2020 by high-teen levels or more, faster than the usual growth target of 10-15 percent, company president Christopher Po said during the company’s stockholders meeting on Tuesday.

“In good times, we are aiming to consistently grow at two times GDP (gross domestic product) but during more challenging period, we can even outperform given the staples nature of our products,” Po said.

This year, CNPF has earmarked about P2.1 billion for capital outlays, which included several items that were previously intended for the coming years.

“On the production side, we have accelerated previously plotted expansion plans to help meet the heightened demand. Our new tuna plant in General Santos was commissioned last March, helping increase much-needed supply for our canned tuna products,” Po said.

This new plant has boosted CNPF’s capacity to produce canned tuna by 100 metric tons per day. This state-of-the-art tuna plant will cover the group’s domestic requirements for the next three to four years, at the very least, Po said.

“We also accelerated the expansion of our meat facility in Laguna, slated to finish by the first quarter of 2021,” Po said.

CNPF has likewise hired additional personnel, such as merchandisers to refill the shelves, as well as warehousing staff. The company has also provided front-liner incentives to encourage attendance.

Po said the group had much to be thankful for to find itself in a good position during this pandemic, during which the priority would be to ensure safety of its products and the health of the workforce.

The company’s strong balance sheet is seen to help it replicate the doubling of business size in the next five years, similar to what was achieved in the past five years.

Po said CNPF would continue to invest in its existing brands, organically develop new products and continue to scout for consolidation opportunities or “bite-sized” acquisitions.

“All factories are basically running round the clock. There are some obstacles to running at 100 percent but call it 80-90 percent (utilization rate) with maximum effort to try to get as much product out to the market,” he said.

Meanwhile, Po reported that CNPF’s strong performance had allowed to declare much higher dividends of 36 centavos per share this year compared to the typical 18 to 20 centavos annual dividends in the past.