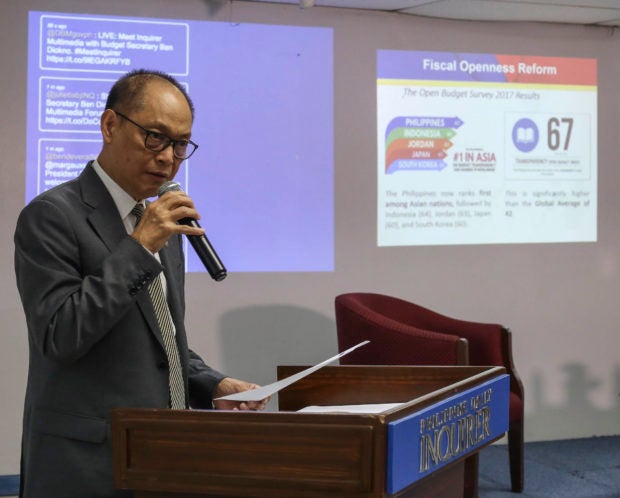 Digital payments made through two of the country’s largest electronic fund transfer infrastructures surged to a record during the tightest period of the national lockdown imposed to prevent the spread of the coronavirus, according to the central bank.

In a briefing on Thursday, Bangko Sentral ng Pilipinas (BSP) Governor Benjamin Diokno noted that one service in particular—PESONet, which was meant for monetary transfers of over P50,000—saw an increase of 325 percent in the number of transactions in May.

As this developed, the country’s chief bank regulator urged Filipinos to be extra vigilant when transacting online to fend off the spike in cybercrimes that accompanied the shift to digital banking.

“As more Filipinos take advantage of online payment, remittance and other technology-enabled financial services, we need to ensure that potential risks are well-managed,” Diokno said. “Thus, we will continue to find innovative strategies to sustain the resilience of the financial services industry as we transition towards the new economy.’’

According to the central bank, the two digital payment systems currently used by local banks—InstaPay and PESONet—have been on an upward trend since these electronic fund transfer services gone live in April 2018 and November 2017, respectively.

InstaPay has exhibited exponential growth while the PESONet has shown considerable improvement.

“During the enhanced community quarantine (ECQ) [period], it is notable that the volume and value of InstaPay and PESONet spiked particularly when the ECQ was in effect for the full months of April and May, increasing by 84 percent and 24 percent, respectively,” Diokno said. “This trend indicates a shift from cash-based transactions to digital payments given the limited physical mobility, shortened operating hours of financial institutions and the public’s avoidance of face-to-face transactions during the ECQ,” he added. BSP data revealed that from March 17 to April 30 this year, around 4.115 million digital accounts were opened among banks and nonbank electronic money issuers. From January to April 2020, industry sources also indicated that new web sign-ups and app downloads increased by 100 percent.

Given this situation, the central bank said it had enhanced its regulations, cyber surveillance, collaboration with law enforcers, and communication campaign to boost the financial system’s resilience amid a rise in digital accounts in the Philippines.